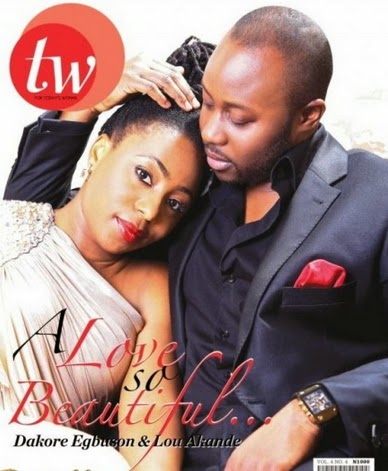 Jan 5, 2015 – Nollywood Actress Dakore Egbuson Akande: I Met My Husband After Relocating To Nigeria From London

Dakore Akande: I Relocated To Nigeria From London Looking For A Job, I Found A Husband Instead

Popular Nollywood actress Dakore Egbuson now Akande has opened up on her marriage for the first time since she married the son of a wealthy Nigerian Chief few years ago.

Dakore who married Olumide Akande, the son of Ibadan-born Billionaire, Chief Harry Akande back in 2011 is now a mother of two. 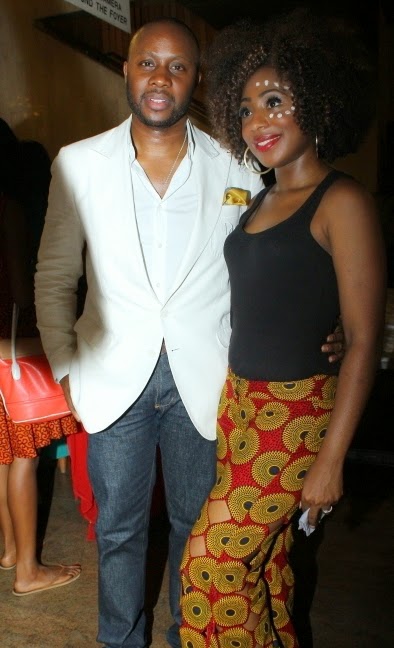 In a recent interview, the mother of two briefly narrated how she met the love of her life after relocating from her base in London, UK to Lagos Nigeria.

“We met in Lagos. I just relocated from London and he just returned from Chicago. We got talking because he wanted me to present a television show. I did not get the job but I did get the dude. It was work-related but we found out we connected. We were friends for a while before we started dating. Then, I was not out for a date. I liked him for his confidence and he gave me my space too. He was a real gentleman and well-spoken. When it was time for the engagement, I knew it would happen, but I did not know when. I knew what it was like to make a mistake because my parents were not together and I needed to be sure. I was career driven but not driven about marriage.”

She came to Nigeria in search of a job and she met a Billionaire’s son instead. What a lucky lady!