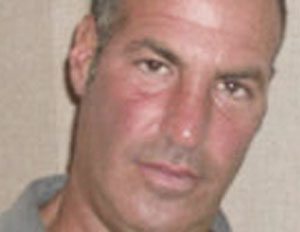 Experienced American pilot, Captain Peter Waxtan who flew the faulty Dana Aircraft which crashed on Sunday June 3rd, 2012 was on his last flight and his last day in Nigeria before returning to his country, former colleagues said. naijagists.com

In all, Waxtan had flown Dana planes for 30 days and was off duty for 15 days, Pat Squires, a pilot who worked with him for 15 years told Sun Sentinel newspaper in the United States, adding that he was to return on Sunday (3 June), the same day the Dana flight 992 crashed in Lagos, southwest Nigeria, killing 152 people on board and at least 10 others on the ground.

Squire added that Waxtan was eager to return to the US and spend time with Lisa, his fiancée. The 55-year old pilot was to have arrived his Fort Lauderdale home on Wednesday (today), he said.

The American pilot worked at Spirit from 1997 to 2009 before his contract and that of Squires, his colleague, were terminated during union negotiations with the airline.

“It was a political thing,” Squires said, which occurred during union negotiations with the airline. Both men then flew for Falcon Air Express, a Miami-based charter service.

Last year they both departed Falcon. Waxtan later joined Dana Air, where he worked 30 days on and 15 off, Squires said.

“Sunday was supposed to be his last day in the rotation in Nigeria,” he said.

Waxtan lived with Lisa, his fiancee, who through a friend declined to give her last name. “He spent as much time as he could get with her,” Squires said.

“It’s just so devastating,” said a Coral Springs flight attendant who knew Waxtan. “He was a good guy, he was one of my favorites,” Springs told Sun Sentinel newspaper.

Flight 992 was few kilometers on its final approach to the Lagos airport when Waxtan declared an emergency. Witnesses said it appeared the plane was having engine trouble, Wason said.

The jetliner crashed into a two-storey railway building, hitting the ground tail first and exploding in flames.

Squires described his friend as a “consummate professional” at flying. “He was the best MD-80 captain I’ve ever seen,” said Squires, formerly of Broward County and now of Phoenix.

Squires said crash photos showing Flight 992 on the ground with it nose up indicates Waxtan was trying to keep it in the air right until the end.

Three other friends, flight attendants or other workers at Spirit Airlines, described Waxtan as a “genuine nice guy” who was quick with a smile or a joke. They asked that their names not be used, however, because officials at Spirit have prohibited employees from speaking about their lost friend.

Squires said Waxtan was a former Army helicopter pilot who enjoyed hiking. About three weeks ago, the two men spoke. “He was very happy, he kept telling me, ‘We need captains, come on over,’ “ Squires recalled.

“I’m still in shock,” said the friend, his voice breaking. “God, I’m going to miss him.”, the Sun Sentinel reported.

At the Dana Air Accident Information Centre at the Murtala Muhammed Airport 2, very few relatives showed up to identify their loved ones and inside the terminal building, there were only few passengers.

Dana passengers scurried to their airline’s counter for refund. Efforts to get the names of other members of Dana crew proved abortive as their colleagues refused to talk, to say what they remember about their departed colleagues.