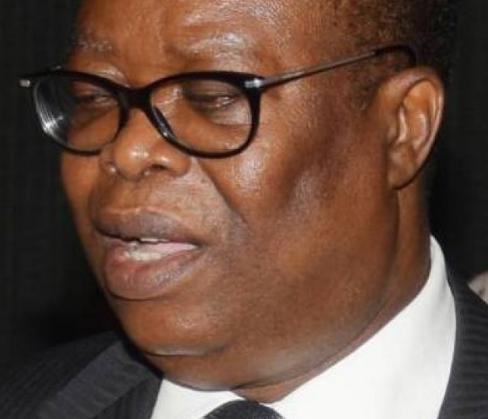 More details have emerged on the mystery surrounding the huge amount of cash recovered from Osborne Tower in Ikoyi.

The suspended DG of the Nigeria’s National Intelligence agency is now confessing like bird to the committee headed by VP Yemi Osinbajo to figure out how the money got to Osborne Tower.

Ayodele Oke told the committee that former President Jonathan ordered Dasuki to give the agency $289, 202, 382 back in February 2015.

However, sources close to Oke alleged that the money kept there was his own portion of Dasukigate.

To crown it all, the Osborne Tower apartment where the loot was found was registered in the name of Ayodele Oke’s wife, Folashade Oke.

She was the woman caught on camera taking several Ghana must go bags into the apartment.

Insiders revealed that the money was ferried to the apartment from where the suspended NIA DG kept it.

As a cover up, Oke alleged that the agency received  $289, 202, 382 from Ex-NSA Sambo Dasuki but didn’t specify how he came about the $43million found at Osborne Tower.

“It is not easy for the NIA boss to confess that the loot belongs to him. His wife’s involvement in the whole thing is what implicated him. The NIA has been using this warehouse to keep money for a long time.” – said an insider who wrote NG this afternoon.