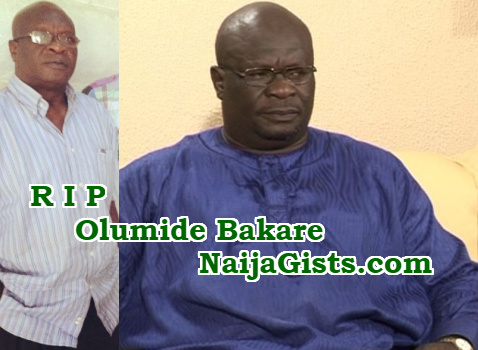 Nollywood has once again lost another giant to the cold hand of death.

According to his PA, he gave up the ghost while he was being rushed to the hospital this morning.

Saidi Balogun told our source over the phone about 10 minutes ago that his assistant confirmed with him that he is indeed gone.

The veteran Yoruba actor who took sometime out of his acting career to cater to his health has been battling lung related disease for a while now.

Though he was a chain smoker, he vowed not to quit even in the face of death.

According to an insider NaijaGists.com contacted today, Mr Bakare has stopped breathing even before help came his way this morning.

NG was told that Doctors told him he needed urgent surgery due to low blood flow into his heart during his last medical check up but the cash-strapped actor didn’t take the advise seriously.

Our source said as at 8pm last night, the actor was in good spirit until early this morning when he suffered a massive heart attack.

May his gentle soul rest in peace and may God comfort the family he left behind.