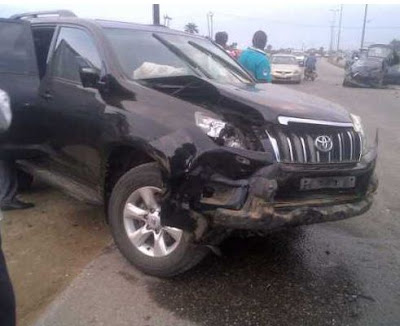 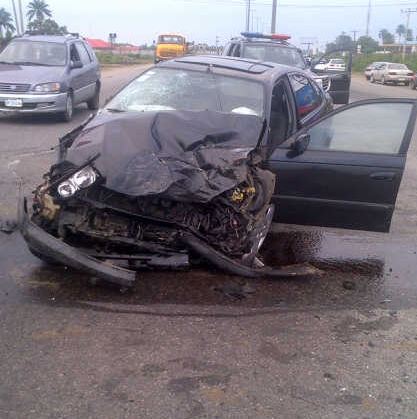 On July 3rd, 2013, the Governor of Rivers State Nigeria, Mr Rotimi Amaechi was involved in a serious car crash that almost claim his life on Igwuruta Road while heading to the Airport in Port Harcourt.

According to the State Police commissioner, Joseph Mbu, the crash was an organized crash to hurt the governor.

Today, the daughter of the Toyota Avensis driver, one Abi has come open to defend her father;

Check out what she said below;

The toyota avensis driver is my dad! Yes he is, my dad is not a politician & has never been involved in politics all his life. The accident according to my dad happened because the traffic on the opposite lane on which my dad was travelling was asked to stop abruptly all because the governor & his convoy were going to the airport!

I wonder why they would stop traffic on the other side of the road for the governor, it is only in a lawless country like Nigeria that such could happen!

Thank Almighty God my dad is alive & well, what innocent citizens go through in the hands of the high & ‘mighty’ in our society is really appalling.