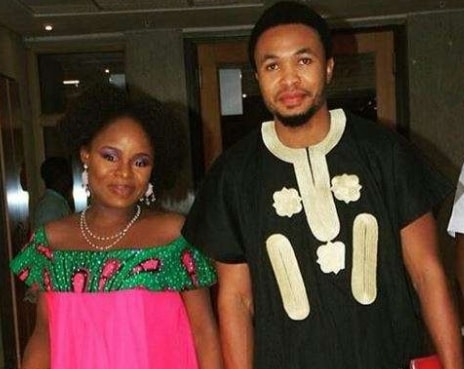 Controversial Nollywood producer and actor, David Ugochukwu Nnaji is contradicting himself at the moment.

Months after his  wife, popular singer Jodie Kuchi Kuchi confirmed their marriage crash, the actor is saying the exact opposite.

In a chat with  The Entertainer, Mr Nnaji who just welcomed a baby girl out of wedlock said his marriage is still in good standing.

“I already confirmed on Instagram that I just had a baby girl. I don’t want to talk much about the identity of the mother because it is my personal life and I don’t want to make it public.

I haven’t gotten married to another woman and if I will be doing that, I will rather keep it private.

If you study my lifestyle, you will see that I don’t put my life out there. I don’t comment on things people say. My marriage to Jodie is still intact but she is not the one I just had a baby with. I did not take permission from anyone to get married and I don’t need to explain anything to anybody. I don’t even bother to dissuade any rumour because I am not interested.”

Jodie and David Nnaji’s marriage landed in trouble soon after Jodie delivered a child with Zika syndrome in 2016.

This continued until Nnaji impregnated another woman out of wedlock.

Chika Ike: The World Is Full Of Negativity; Guard Yourself With Prayers For Positive Light
Nollywood Actress Tonia Okoro Ferrari: My Mother Is A Cameroonian, My Dad Nigerian From Delta State