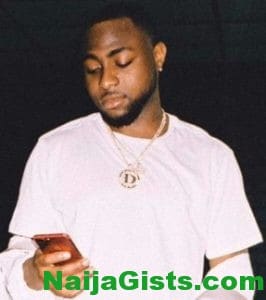 October 18, 2017 – Davido Cleared By Police In Friend’s Murder, Singer Returns To Business As He Forgives Accusers

The NPF has cleared pop star, David Adeleke aka Davido, of any involvement in the death of one of his friends, Tagbo Umeike.

Autopsy report revealed that Umeike died from suffocation though it was originally reported that he died of alcohol poisoning after his birthday party at Shisha Lounge in Lekki, Lagos.

Davido was invited by the police following rumors circulating in the social media that he was involved in Umeike’s death.

Tagbo’s girlfriend and actress, Caroline Danjuma, accused him of not being truthful about what transpired the night Tagbo died.

Davido’s legal counsel, Mr. Bobo F. Ajudua, said that Davido was released by the police and was absolved of murder allegations against him, and is free to go about his business as he pleases.

“We’ve been to Panti and my client has given a statement there too. It’s clear from all the investigation, evidence, and statements given so far that David was not at any point with the deceased after he left him alive at Shisha room and as such he’s been released to go about his business.”

“Of course if called on to give any more information he would gladly. But in truth, he only knew so much about the night and has reproduced this time and time again. They’ve also observed the consistency between his statements and those of all the others interviewed, as a result he’s been allowed to go,” he said.

Though Davido has been wrongly accused, and many allegations have been made against him in the media, he says that he has forgiven everyone and anyone that had something negative to say about him during this hard time.

“Thank you, Jesus. Any persons that said false things about me or accused me of what I don’t know, I sincerely forgive you and God bless you.”

“We move on, let’s all be better. Thank you, Lord. Thank you to everyone that prayed for me and to those who didn’t, maybe you forgot. We thank God, all in all, now let’s get back to the music,” he said.