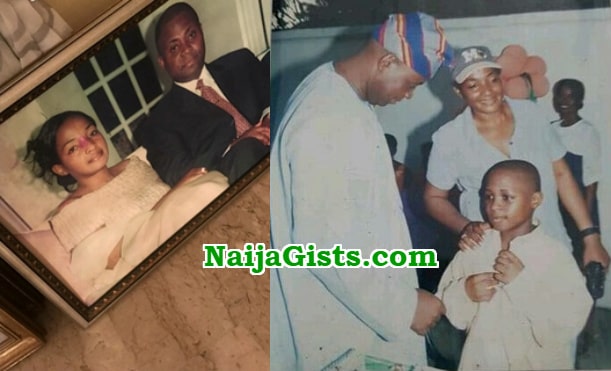 It is no longer news that Davido lost his mother, Dr Veronica Adeleke on her husband’s  birthday celebration in 2003.

According to a family source, Davido’s dad, Dr. Deji Adeleke, is the remote cause of late Imade’s predicament and untimely death.

No doubt she was in money, courtesy of her hubby’s stupendous wealth, but she did not get the necessary love and attention from her husband of many years, largely due to Deji Adeleke’s complicated lifestyle which bordered on busy and very tight business schedule and strict adherence to spiritualism.

‘A woman needs love, just like you do’, so sang an American musician in the 80s, and when she doesn’t get it, she can fool around. This was aptly depicted Late Imade’s predicament at the hands of her husband who,was said to never really place any premium on the sanctity of marriage. 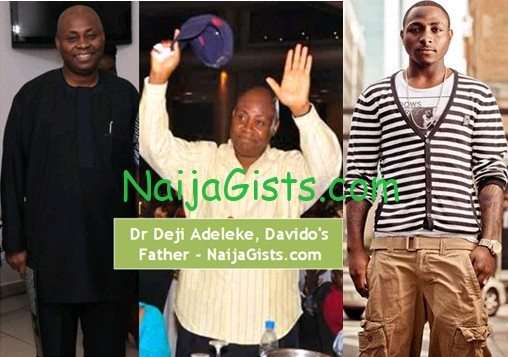 To him, it was all about money, money and business which apparently had a toll on a couple of his matrimonial ventures.

The Pacific Holdings Chairman never really had quality time for women and this was what made many to cast him in the mould of a recluse sort of. So kept in captivity and confinement was Imade, by her husband that even hairdressers and stylists were brought in for home service to take care of her peculiar needs.

According to the insider, it was in a bid for her to get out of boredom and undue loneliness that she was said to have resorted to taking drugs and the likes to get away from frustration.

Eventually, she was allowed, to take up a lecturing job at the Babcock University, where her husband has a substantial stake holding in, and where many of her colleagues describe her as a very intelligent, generous and beautiful young woman with a large heart. 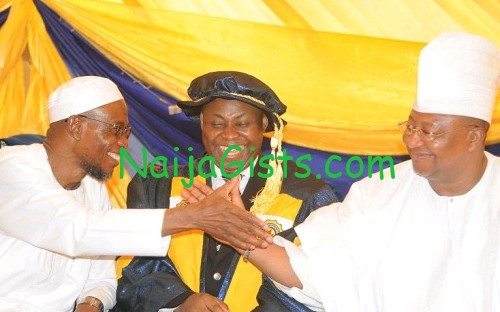 Her sudden death naturally threw the entire university community into deep mourning when she died precisely on her husband’s birthday in 2003. The day she died, she was reported to have gone to church for her hubby’s birthday thanksgiving, in the morning, came back and locked herself in her room, only to be found stone dead in her room hours later, fuelling speculations that she could have died of a probable overdose of some hard substances.

More facts about Davido’s late mum also have it that she was also musically inclined like her son, Davido, as she actually floated a band which she named after her son as David’s Band and yet another security firm called David’s Security.

As a matter of fact, the band played last at Dr. Imade Adeleke’s burial. Today, the chairman, as Deji Adeleke is commonly referred to by his people, has malfunctioned again, as his marriage to Tejumade, his last known wife whom he married in 2011, has again gone awry.

He has reportedly filed for divorce in a High Court in Ede, Osun state.