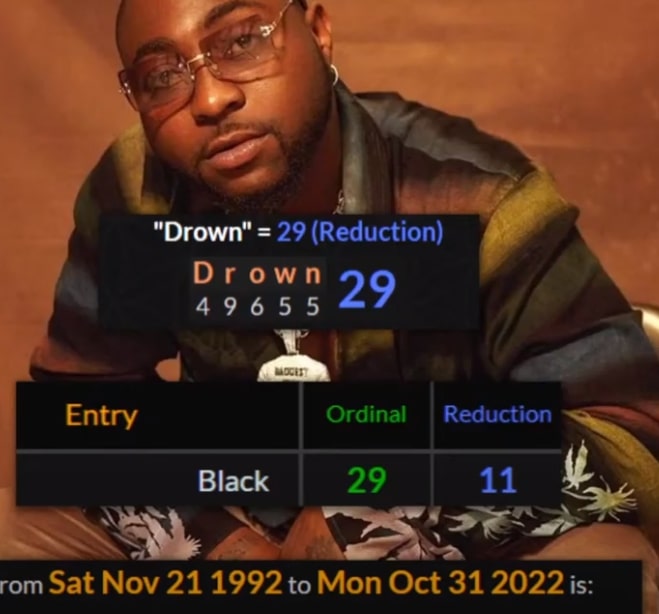 It is no longer news that Nigerian musician, David Adeleke has lost his only son, Ifeanyi.

Ifeanyi Adeleke died on Halloween day, October 31st 2022 at his father’s mansion as he celebrates his 3rd birthday.

Conspiracy theorists have started accusing him of sacrificing his son to the Illuminati as a part of a mandatory human sacrifice to move up the ladder of success.

Here is how popular conspiracy star, Call Me Kin Folk analyzed all the events that led to Ifeanyi Adeleke untimely death on Monday the 31st of October 2022.

Watch the video below for all break downs.

Davido is not the only man who lost his son to drowning, Kokomaster Dbanj lost his son under a similar circumstance back in 2018.