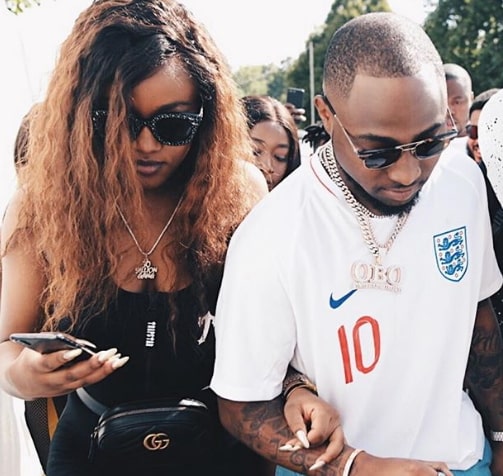 Chioma Avril Rowland who is hoping to get married to her lover, Davido has finally become his baby mama.

Even though a hashtag, #Chivido2020 has been created for their upcoming wedding, critics said the wedding may be not hold as this is a common trend in Davido’s life.

Remember how he used to showcase his second baby mama Amanda before he dumped her when she gave birth to his 2nd child.

Now that his ‘assurance’, Chioma has become his 3rd baby mama, we hope they make it to the altar.

Recall that Chioma dropped out of school to spend time with the singer, a decision that upset her mother.

Here is the first photo of the little Prince that Chioma delivered in London UK last night.

Chioma is the first woman that dated the singer for 4 years before getting belle.