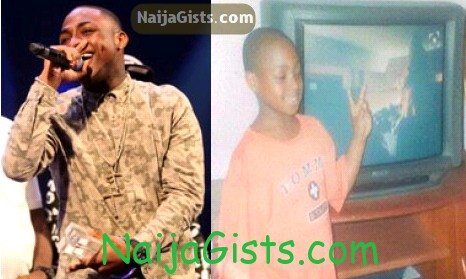 Few days ago we shared with you the adorable childhood photo of Nollywood actress Genevieve Nnaji that was taken back in 1981 when she was only two years old. If you missed it read it here. naijagists.com

Just 24 hours after Geni’s childhood pix release via her instagram page, Damido Crooner, David Adeleke aka Davido has released a lovely photo of his childhood while watching Channel O at age 7.

Coincidentally, the then little Davido has won several awards including Channel O Best Newcomer of 2012 Award.