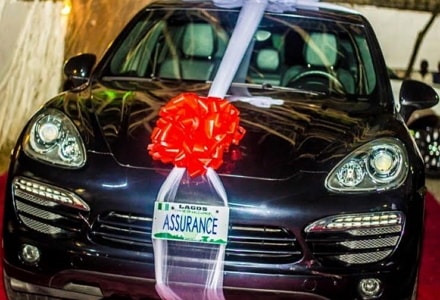 As I settle down in the lecture hall to take my first lecture of the day with my students, I realized that a major discussion and trending news has taken away a chunk of their attention. Trying to bring them back to class to even notice my presence became a herculean task. My years of experience with the youth has taught me well that the easiest way to catch their attention is simply by including them or participating in their discussion.

It yielded fruit as one of the overzealous students wanted to know whether I will do the same thing for my girlfriend if I were in Davido’s shoes! Knowing full well the subject of their discussion as I have earlier seen the headline on some of the tabloids, I only just responded by telling my female students why they should not keep designing their future around freebies and gifts from their boyfriends. I subtly shifted our discussion to a more fulfilling aspect of asking them how they want to positively affect their generation with their dreams and aspirations.

Why do we keep striking the wrong conversation among the youths? I have observed that the entertainment industry seldom and rarely spike up intelligent and cerebral discussions among the youths. I weep for this present generation of youths because most times we are always in the news for the wrong reasons.

Sometimes I keep questioning myself as a youth on where, how, and when we lost it! I have often said that the easiest way to destroy a generation of youths is to lower their role models and references. When the standards that youths and children look up to are lowered, the children would undoubtedly grow up to live inferior lives. When youths are so preoccupied with the pursuit of money, they mostly tend to miss the pursuit of purpose. 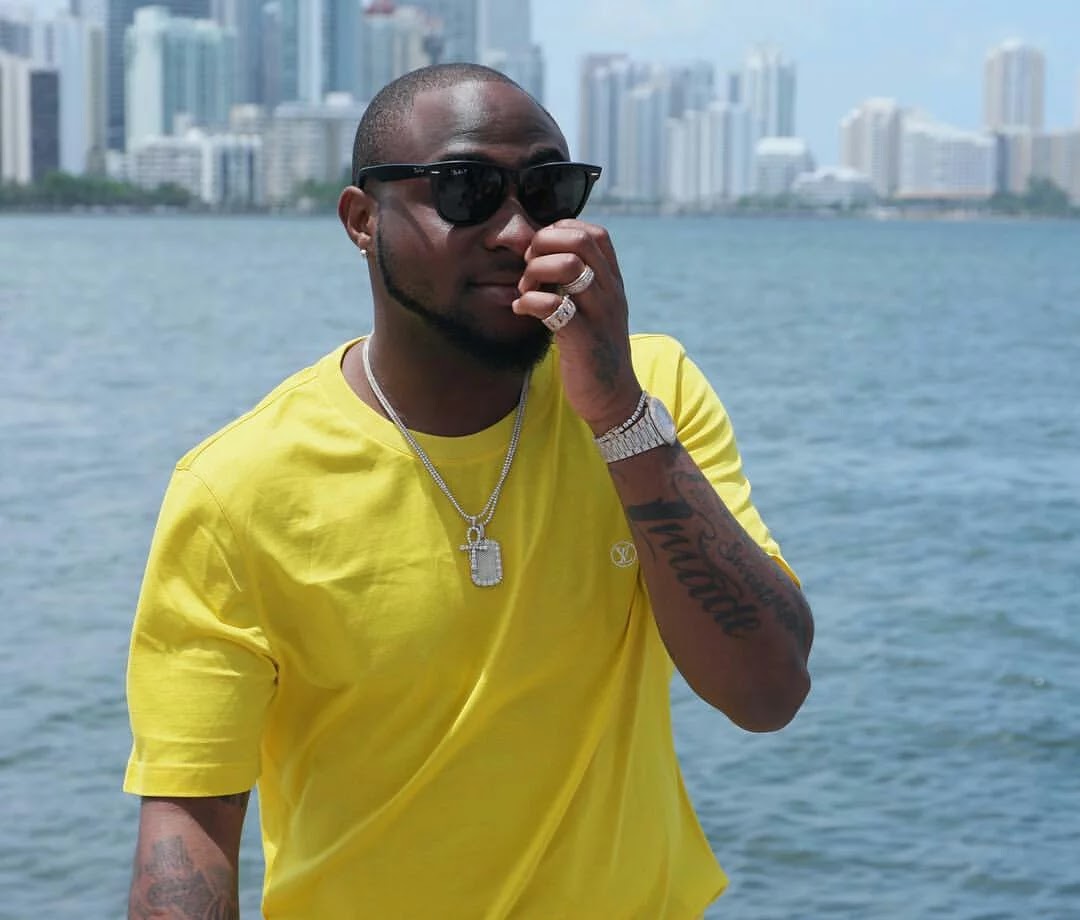 Is life really all about making money? I can bet that most Nigerian youths will answer this question in the affirmative. We are living in a sympathetic time when youths sit down to plan how to make money without earning it. When youths live only for money, it shows a deep loss of value and purpose! Patrick Meagher once said, “Some people are so poor, all they have is money”. One of the most damaging mentalities that the present crop of artistes in Nigeria has infested the youths with is making them believe that money should be the object of their pursuit.

As a youth coach and specialist, I have observed that youths seldom learn in schools again, most of what they imitate are normally from the artiste and from the entertainment industry. John Wooden said “Being a role model is the most powerful form of educating.” There has been a great indictment of the present crop of artistes from the entertainment industry as their songs are adversely affecting the priorities of the Nigerian youths. The Nigerian artistes must wake up to the present reality that they have become a form of institution to educate the Nigerian youths.

It was a sad day some few weeks ago in Offa, Kwara State when about 50 armed robbers visited 5 commercial banks breaking their doors with grenades and killing police and security men in sight. According to some eyewitnesses over 40 persons were killed and lots more injured, leaving a trail of blood and tears as they unleash hell on law-abiding citizens. In the process of forcefully carting away bails of money that they didn’t work for, they wasted lives and properties.

Youths like this don’t listen to Onyeka Owenu’s song of ‘one love’ or Sonny Okosun’s ‘Which Way Nigeria’? I can assure you that their favorite artistes will either be one of Davido, Olamide, Whiz Kid, Lil kesh! How can we ever raise a sane and value focused youth generation when the entertainment industry keep ringing it in their eyes that life is all about the money. The youths of nowadays value money than morals; they maintain a bogus and insane lifestyle at the detriment of other people’s life!

I can easily evaluate a man or a woman by simply looking at the object of his/her pursuit or what excites him/her. The euphoria, hullabaloo and trending excitement generated about some few weeks ago because of a Nigerian artiste and supposedly model of the Nigerian youths, Davido(Mr Baddest) on his purchase of a Porsche worth 45 million naira for his girlfriend(Chioma) on her birthday! The ‘omo baba olowo’(OBO) crooner has just shown us that ‘Our Husband Has Gone Mad Again’(apologies to the late Ola Rotimi). The 25-year-old award winning singer also released a song titled ‘Assurance’ which he dedicated to Chioma.

When youths all around the world are developing Apps to solve problems, forming NGOs to affect their communities, it is appalling to see the obscene rate at which some Nigerian youths are celebrating idiosyncrasy. It is obviously in Nigeria that we celebrate things that are meant to be object of derision!

Davido has the penchant for being in the news for the wrong reasons. From an overzealous partying that got one of his friend drunk to the point of no return to the sobering news of two of his friends found dead along a major high way in Lagos with hard drugs, it is obvious that the young man famously referred to as baddest is living up to his name as his values has actually gone from bad to worse.

I remember one day when one of my students referred to me as ‘baddest’! Making me realize that it is probably only in Nigeria that the youth say something is very bad when actually it is very good! This coinage has actually form our vocabulary as we now refer to people that are dexterous in their chosen field as ‘baddest’ or probably ‘baddoo’. These youths smuggled these vocabularies into our conversations in a very subtle way and we fail to realize how negative they are influencing us in getting used to insane vocabularies.

They are not yet done with us as they now rend the atmosphere with songs that celebrates drugs, obscenity, nakedness, ostentatious display of wealth, and also we are getting used to it! These supposedly mentors of the Nigerian youths have tinkered with our values and feeding the youths with trash. It is high time we studied the effect of the entertainment industry on the escalation of crime rate among the youths.

Lady Gaga once said, “Some women choose to follow men, and some women choose to follow their dreams. If you’re wondering which way to go, remember that your dream will never wake up and tell you that it doesn’t love you anymore.” By building a life and lifestyle around our values, goals, dreams and vision, we create a life that is more sustainable, satisfying, meaningful and fulfilling.

The Nigerian artistes must begin to communicate to the youth with clarity and intellectual depth. Most artistes have thrown caution to the wind, as the content of their songs now revolve around nudities, quick wealth, violence, drugs and a false sense of utopia. It is appalling to know that the artistes that many of our youths are looking up to do not possess the virtues and values that are sacrosanct to youth development.

I would also like to encourage parents to instill confidence into their girl-child because the way we talk to our children becomes their inner voice. We must help them to develop their self-esteem. Teach them never to walk in any man’s shadow because once they know their worth, nobody can make them feel worthless. We should stop buying into the myth that only a life built around a man means a better life. It is a blatant lie. Your self-worth, personal development, personal goals and relationship with God should be the object of your pursuit.

To all the young ladies out there: Don’t build your life around any man; build your life around your growth and your goals. Instead of being a gold digger around a man, be a goal digger! You have a goldmine when you have a goal mind. Instead of sitting down and thinking about the next gift from your boyfriends, think about an idea that can help you impact your generation, because your idea is your wealth.

The issue of young ladies running aimlessly after money without any definite and concrete plans to add value to the world is appalling. Don’t go around in a way that men will see you as a liability. You are an asset. As a lady, you must be able to earn your own living and pay your own way. Don’t ever live in such a way that you become a liability to a man! Live in such a way that it becomes obvious to the man you come in contact with that his life is always richer with your presence.

Leo Tolstoy once said, “Nothing is so necessary for a young man as the company of intelligent women”. It’s a man’s job to respect a woman, but it’s a woman’s job to give him something to respect.

In her best-selling book, Rich Woman, that I will recommend for all young ladies and women out there, Kim Kiyosaki said:

QUOTE OF THE WEEK: “How shall I ever learn who I am when there is so much of me that belongs to someone else?”-Madeline Claire Franklin

Continue Reading
You may also like...
Related Topics:davido, life, money

Codeine: A Syrup That Is Wiping Out A Generation Of Youths
Paedophile Priests: Wolves In Sheep’s Clothing