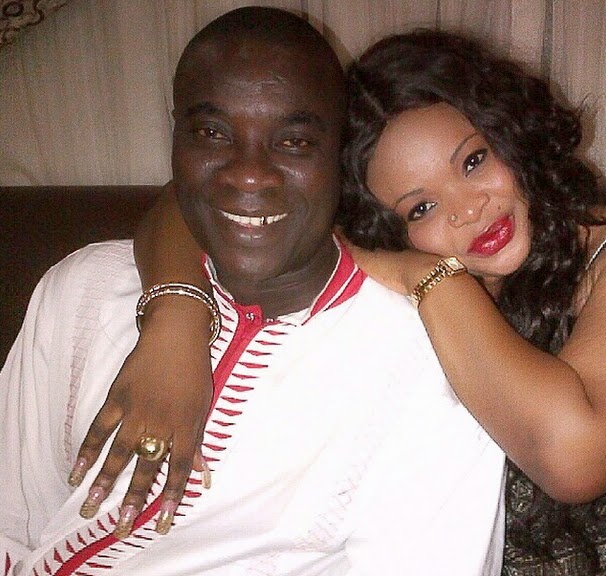 She recently took to the social media to shower encomium on her sugar daddy whom she called her confidant, her best friend, her daddy and above all her provider.

Check out what the actress said about her K1 below:

“An Icon @k1deultimate A Man Who Made Me Realise “Life Is Too Short To Be Bothered About What Anybody Thinks About You” #GodBlessU A Man Who Saw A Gud Daughter In Me Just As I Saw A Great Father In Him. I Call him My Daddy, My Godfather, My Friend, My Confidant, My Padii, Alashiri Mii, U r everything I ask 4 in a Friend. Luv u 2 d bone.  Ekun Oko Fathia.”

She is one of the few Nollywood stars on K1’s payroll. Wasiu Ayinde is the one paying for all her movie production and musical albums. As a matter of fact, she uses K1 studio for rehearsals.

According to Nollywood fillers, Dayo Amusa is not only dating K1, he calls her his youngest wife…#lobatan.