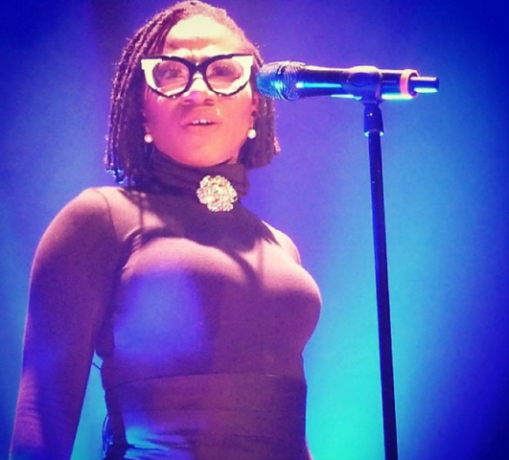 Popular singer Asa has stepped up her fashion game since love came her way few months ago.

So few days ago, she took to the stage in a beautiful body hug with a new set of look.

Her boobie (get the drill) look a bit larger than normal as her self confidence doubled.

Ever since a Twitter user Henry Okelue raised the question above, tongues have started wagging in the social media that the singer might have done some argumentation to increase her size while many said she ‘s only wearing a padded bra.

Is anything bad in wearing a padded bra?? Nigerians biko