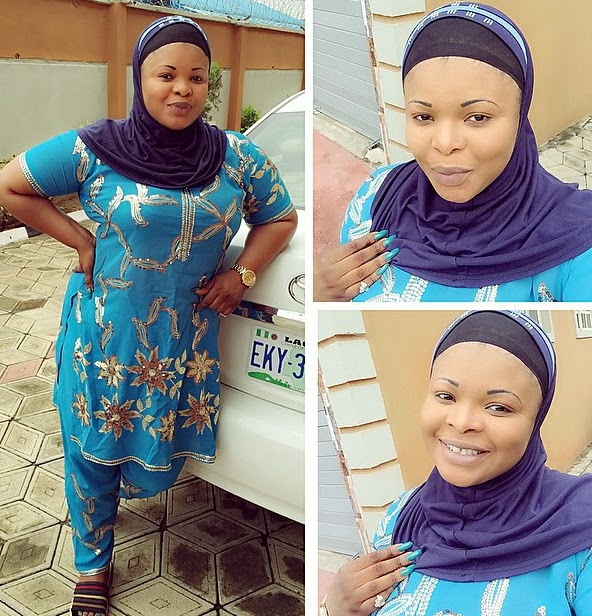 In the movie centered around people converting from one religion to the other, the actress visited Islamic Holy Land Mecca.

She played Alhaja Rashida character is the movie currently being shot in Lagos.