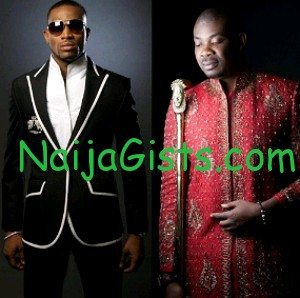 Hours after Don Jazzy announced his new club opening, Kokomaster D’banj also took to his Twitter page to announce the opening of his new club ONE ELEVEN located on 82 Adetokunbo Ademola, VI.

We are still unsure if D’banj is joking or he means business.
How can he open a night club today and announce it on Twitter today? That seems impossible.