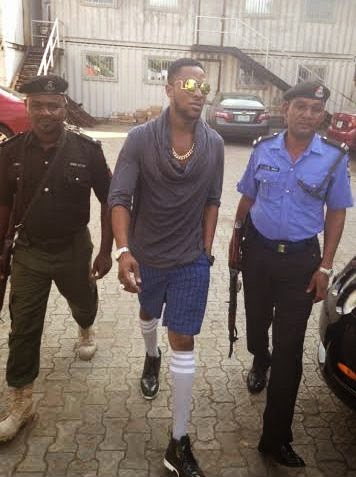 DB records’s owner, D’banj was reportedly missing from his alleged debt trial. In November 2014, Henry Ojogho, Vice Chairman of Broron Group and Vice Chairman of MindHub Technologies, claimed that he borrowed D’banj a sum of N60m, which he refused to pay at the time agreed.

Not only was D’banj missing from the first sitting on Monday, March 30, 2015 at the Multi-door Courthouse, Obalende, Lagos, the claimant of the case, Henry Ojogho, was also not present.

D’banj was represented a lawyer from Dele Adeshina’s chambers.
The presiding judge, Justice (Mrs.) Oyebanji adjourned the case till May 7, 2015.