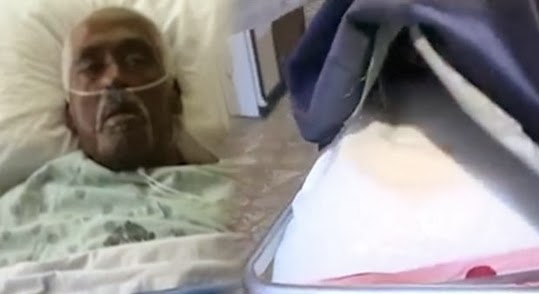 An elderly man who was declared dead on Wednesday night is back to life.

Walter Williams, a 78-year-old man from Holmes Country in Lexington woke up alive and kicking inside a body bag as he was about to be embalmed at a funeral home.

The mortuary workers immediately called the police after discovering what they termed Zombie in a body bag.

The aged man was said to have passed on last Wednesday and a coroner declared him dead after being unable to find a pulse. Williams was declared dead around 9pm while his nephew, Eddie Hester cosigned the coroner.

“I stood there and watched them put him in a body bag and zipped it up.” – said Eddie

When Williams’ family members arrived they were shocked that the old man was still alive. Williams was taken back to the hospital.

Shocked by the turn out of event, the coroner said the bizarre event is just a miracle.