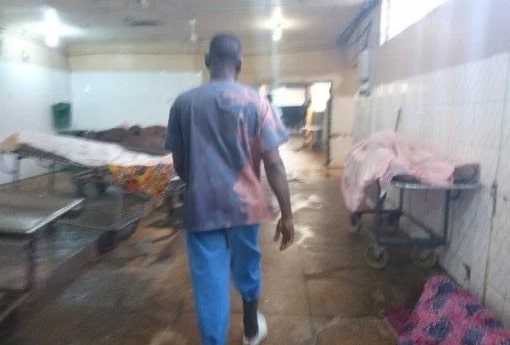 According to Bright Elendu, the spokesman for Dr Chidi Lloyd, the mortuary was uncovered while enforcing the directive against illegal oil bunkering in his council.

He said Lloyd saw rotten bodies of suspected kidnapped victims left in the mortuary of an abandoned Elele-Alimini general hospital.

“Dr. Lloyd wondered why the leadership of Elele-Alimini allowed such atrocious business in the community, stressing that such evil activity cannot be going on without the involvement of some stakeholders in the community.

“Irked by the number of already decaying corpses deposited inside a particular building in the hospital, the council chairman ordered the security personnel to search the entire hospital, during which the syndicate and illegal occupant of the hospital were apprehended in their hideout,” Elendu said in the statement.