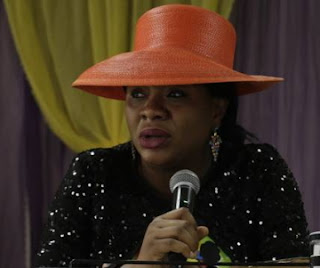 October 21, 2017 – Dear Sisters, Too Much Concentration On Physical Beauty Is Distracting You From Your Spiritual Beauty

Dear Aunty Temilolu, I was a proud virgin until last month when I missed my period and discovered I was pregnant. The shock was too much for me to handle as my boyfriend never went all the way but played with me and our bodies responded the way it would when two people engage in sexual intercourse. Certainly, a stray sperm got into me. I had to terminate the pregnancy though he didn’t tell me to. I terminated it majorly because I didn’t want to end up like my mother and grandmother. My mother had me that way and till today she’s not married to my father or any man. Also, my maternal grandmother whom I presently live with never married my maternal grandfather as she also conceived my mother out of wedlock. I didn’t feel good committing an abortion but had to do it to save myself from future trouble. However, I can’t stop feeling bad. Please what do you think?

Hmmm…Sigh! Girls…girls…girls…how many times did I call you? Life is a lot much more than boyfriends, smooching, sex, dressing to kill, “talking eyes,” Brazilian hair, body shaper, buttock enlargement etc. Too much concentration on your physical beauty to attract guys not only gets you into trouble unconsciously a lot of times but also distracts you from concentrating on your spiritual beauty and working out your destiny. Yes! If you love dressing to kill to get guys drooling over you, some day, you’ll fall into the hands of a guy that would kill your destiny. The devil is very clever and knows how to set traps for those who rely on their sense and sensibility to get what they want out of life instead of depending on God to sort them out. So many of you reading this are in serious trouble and not enjoying life today because of your parents’ ignorance and failure to sufficiently work on their destinies and marry the right person. Nevertheless, you are not a mistake. God knew you before you were formed in your mother’s womb and has fantastic plans for you; a much better life than that of your parents but expects you to work it out with fear and trembling.

T’s evil family pattern caught up with her and she decided to outsmart it by committing an abortion. I tell you, she would have been better off not terminating that pregnancy. Abortion is a sin of a great magnitude in the eyes of God because it entails the shedding of innocent blood and carries its consequences. Also, who knows what special assignment the terminated child was sent to carry out in the world? Perhaps a prophet sent to save his generation. I pity a lot of girls who terminate pregnancies; they can’t all get away with it. I can only pray along with T. that God who decides whom He’ll have mercy on would have mercy on her.

There’s someone reading this column who is afraid of getting married because her father turned her mother’s life upside down while another is turning out a termagant just like her mother who showed her father pepper and ended up marrying three men and having children for all three of them. If care is not taken, such a girl would end up marrying five men. There’s yet another reader who has lived an unstable life and experienced hell being sent to live from one cousin’s place to another because neither of her parents could fend for her. While there’s another who is suffering in the hands of a wicked step-mother or father being maltreated on a daily basis with no one to come to her rescue. While another’s destiny has been satanically diverted and she doesn’t know.

Girls, what happens to our parents usually end up happening to us if we don’t take extra care. It becomes a family pattern and could completely destroy God’s glorious agenda for one’s life. Sadly, too many parents are so spiritually lazy that they fail to support their children spiritually and equip them against such evil patterns. One of the ways the devil shuts your eyes from seeing pits that could redesign your life, make it even worse than your parents and make life most unenjoyable is the lust of the flesh/ungodly sex. It makes you spiritually dull and unable to follow the right path to your destiny and avoid the pitfalls on the way. Funny enough, we all have access to the power that can subdue the flesh and see clearly. I charge you to have a deep relationship with the Holy Ghost, let God be the sole driver of your destiny and place you where you rightly belong. Eventually, you will have peace, joy, prosperity and the most amazing sex all the days of your life. There’s time for everything! Okay? God bless you!

You need to work out your relationship with God to save yourself from the evil family pattern rearing its head again in your life in the ugliest manner. Stupid, bad devil is only too happy right now that you committed that abortion because he knows how much it can work against you and in fact mess you up! Forget every boyfriend for now. You have to practically “carry God on your head” eat, sleep, breath Him, rub minds with Him by daily studying the word while asking His forgiveness, get committed to His kingdom in your own way like being a sanctuary keeper or any other work you can do in church.

THIS IS A VERY SERIOUS MATTER! You need Him 100% on your side to ward off that evil family pattern. May He shine His light of countenance upon you in Jesus mighty name! Amen!

Continue Reading
You may also like...
Related Topics:Beauty, physical, spiritual