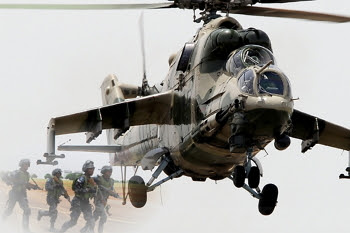 The Nigerian Air Force (NAF) today that it has neutralised and set ablaze the insurgent’s structures in Urga area near Konduga.

The Director of Public Relations and Information, NAF Headquarters, Air Commodore Olatokunbo Adesanua, made this known in Abuja.

Adesanya explained that component of Operation “LAFIYA DOLE” conducted an attack on a location in Urga area close to Konduga.

“Previous intelligence reports, gathered through Intelligence, Surveillance and Reconnaissance (ISR) missions by NAF ISR platforms, had indicated the presence of a large number of insurgents in Durwawa settlement in the outskirt of Urga.

“Accordingly, one Alpha Jet aircraft was detailed to carry out air interdiction on the target and overhead the location, the aircraft acquired and attacked the target twice with bombs.

“Subsequently, Battle Damage Assessment revealed that the aerial attack set off a fire, causing damage to the insurgent’s structures within the settlement and neutralizing most of the insurgents while a few of them fled the location,” he said.

The director explained further that the aerial attack by NAF was in furtherance of efforts at ensuring the complete decimation of the insurgents by not allowing them to continue their terrorist attacks on innocent Nigerians. (NAN)

Nigerian Man Quotes Psalm 121:3 In Suicide Note, Hangs Self As Wife Delivers Triplets In Kogi
Cruel Father Who Locked Children In A Room For A Year After Their Mother Died Of Cancer Arrested