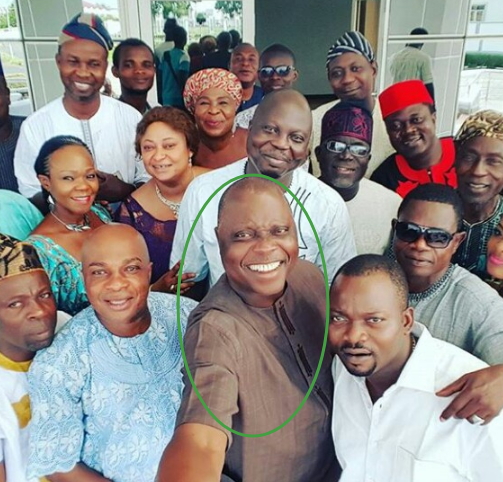 The president of Theatre and Movie Practitioners Association of Nigeria, TAMPAN, Omooba Dele Odule has directed all members of the association to always have with them their identification card whenever on any movie location.

Odule announced this following a recent close door meeting between him and all the State Chapter Governors.

According to the veteran thespian, the directive which came into force from February 1, 2017 and received the blessing of all the chapter’s governors, is to reposition the association as a responsible body and her members as law abiding citizens.

“This directive is important so as to put an end to back door entrants and infiltrators who are using the name of the noble association to commit atrocities,” Odule said.

The TAMPAN leader disclosed that any member caught without his/her identification card on locations will be regarded as a non member and appropriate measure will be taken against such a person.

He then enjoined all members to be upright, focus and determined in other to make the association greater, while appealing to them to be proactive and supportive of all the association programmes and fiscal needs which are very necessary to move the association forward.

He also called on filmmakers and directors who belong to the association, through their works and promotion of their works to key into the TAMPAN ideals. This, he said, would make them appeal to the corporate bodies in the areas of branding and sponsorship which is the bedrock of any entertainment industry.

Meanwhile, Odule has also reassured all members that his office is determined to defend and uphold justice in favour of any member that faces intimidation, injustice, or right infringement from any quarters.

He also assured all with agitations and submissions that the association will carefully look into them and sorted everything very soon.