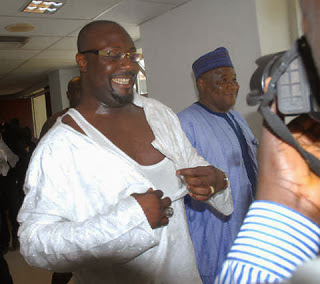 Alleged wife beater and the former House of Rep Member, Hon. Dino Melaye is planning to run as a senator elect in the upcoming 2015 election.

In a press release on Saturday, Dino Melaye declared his intention thus:

The Kogi-born anti-corruption activist was recently involved in a messy domestic abuse case with his ex-wife, Mrs Tokunbo Fabiyi.

He has moved on with a new lady whose identify remains unknown. See her pictures here.