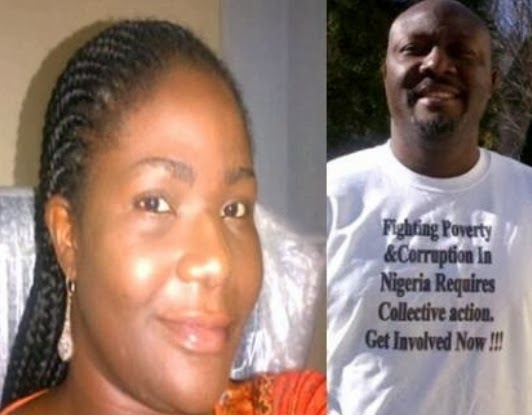 The founder of anti-corruption network in Abuja, Honourable Dino Melaye is presently in a messy wife abuse scandal.

His marriage of many years to his wife, Tokunbo has hit a dead end after she filed for divorce over constant beating she suffered from him.

According to sources, the drama between the couple started long ago, a source said Dino Melaye’s anger problem surfaced when he impregnated Nollywood actress Bisi Ibidapo Obe.

The source further said Dino Melaye has turned his wife into a punching bag and that anytime they had an argument his wife would end up in the hospital being treated for all kinds of injuries.

Aside from allegedly sleeping with his house girl,which was one of the major problems, there are also confirmed whispers that sometimes when Tokunbo went to work he removed her pix from the house walls and brought in different women in their matrimonial bed telling them his wife had died,and even getting the domestic staff to say their madam was resting with the Lord”.

The insiders continue – ‘‘for the past 9yrs, Dino has been beating his wife to the point that there are police records stating some reported instances, she was five months pregnant with her second son when the beatings began, and it got worse.
she was rushed to Zanlin hospital in 2005 at exactly 10pm, and was treated for injuries on head. He hit her with an iron rod.
In October 2010, she was rushed to Wuse general hospital by the police themselves after she ran in her bloodied nightgown with deep cuts on her arms.
The report says Dino used a plank to flog her aiming for the head but she used her arms to protect herself and ended up with deep deep cuts that needed emergency room attention.

On September 25, 2013 Tokunbo and Dino had an argument and he pulled a silver pistol to her head and was seconds away from pulling the rigger when his ringing phone distracted him. She took off leaving behind her shoes.

Tokubo Melaye has filed for divorce and has applied to get custody of her kids. Meanwhile, her parents have send a warning letter to Dino Melaye over the domestic abuse case.

See the letter below: 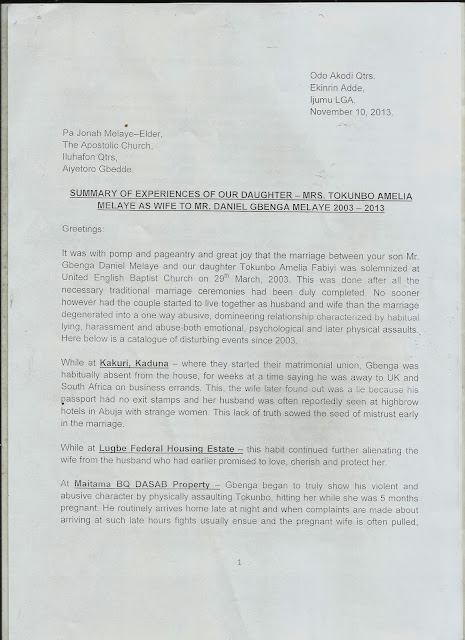 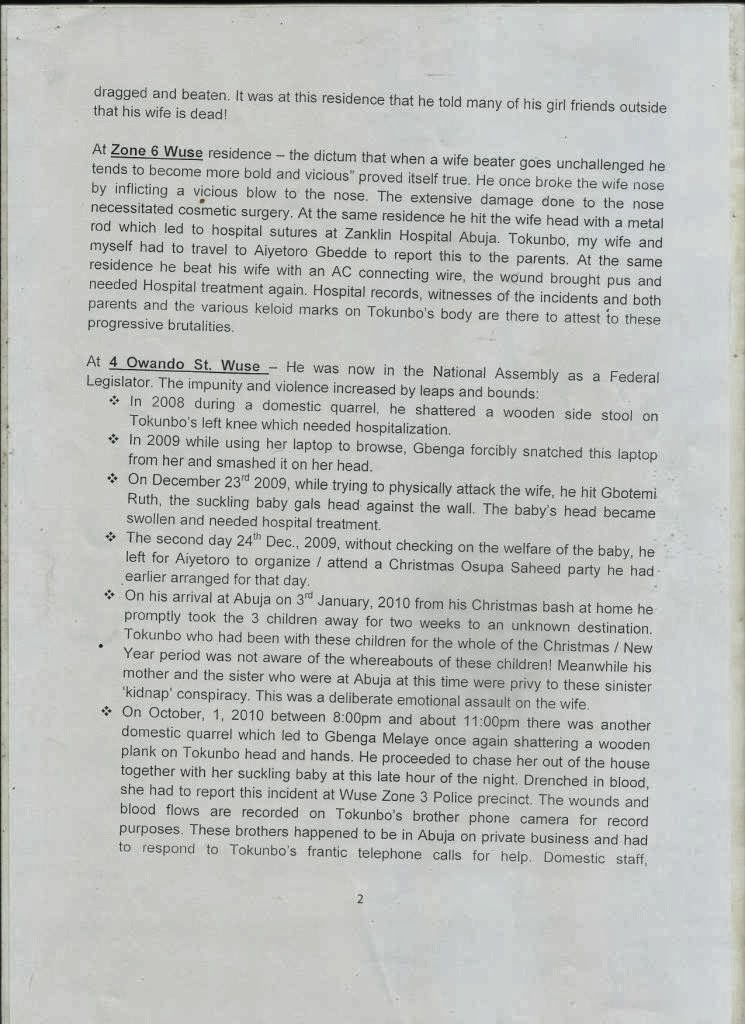 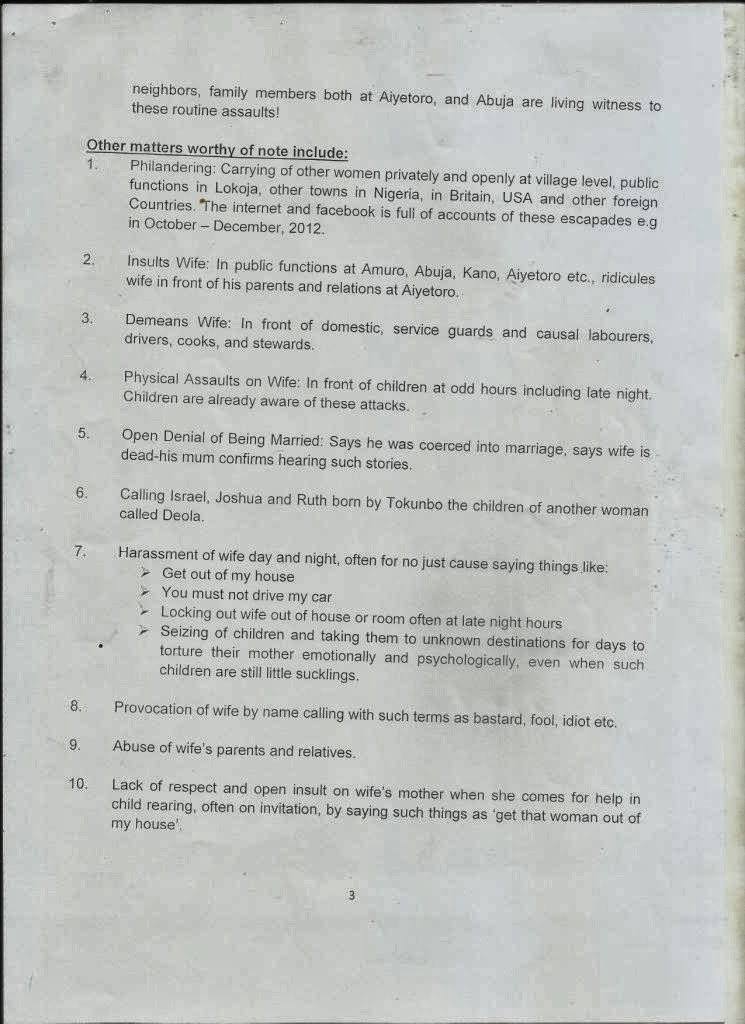 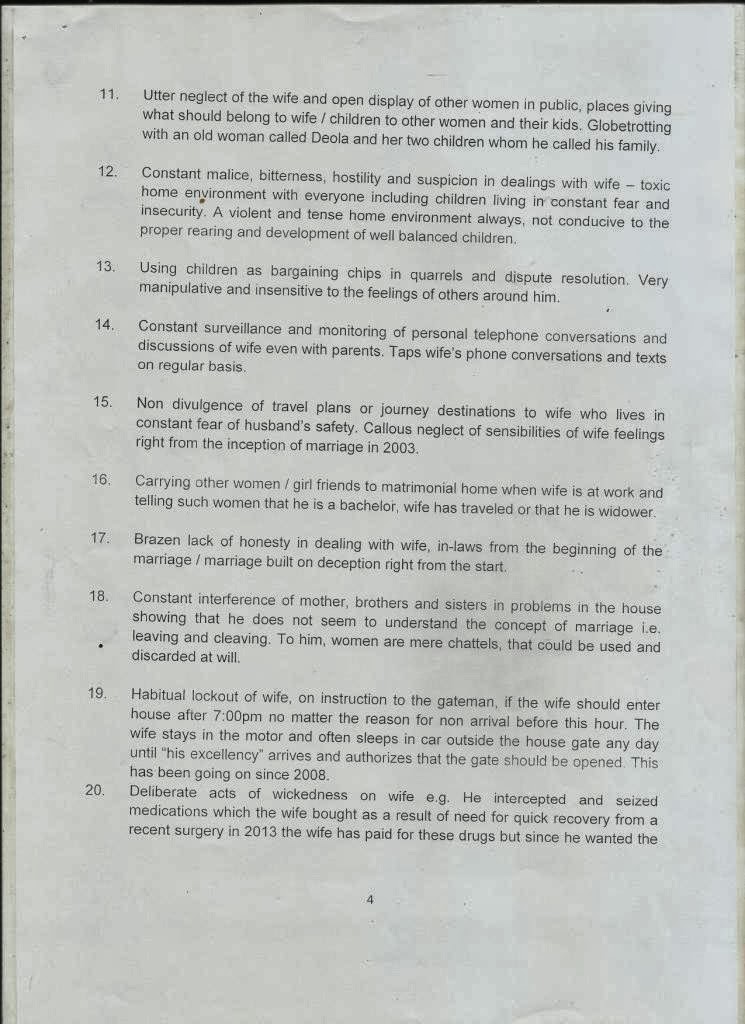 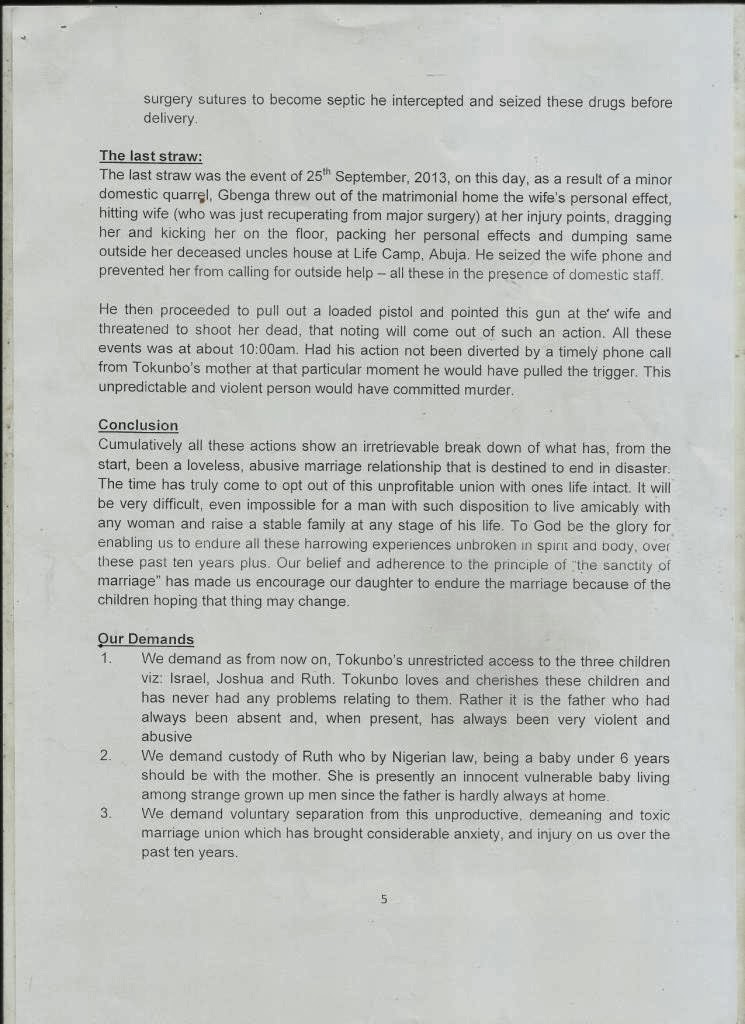 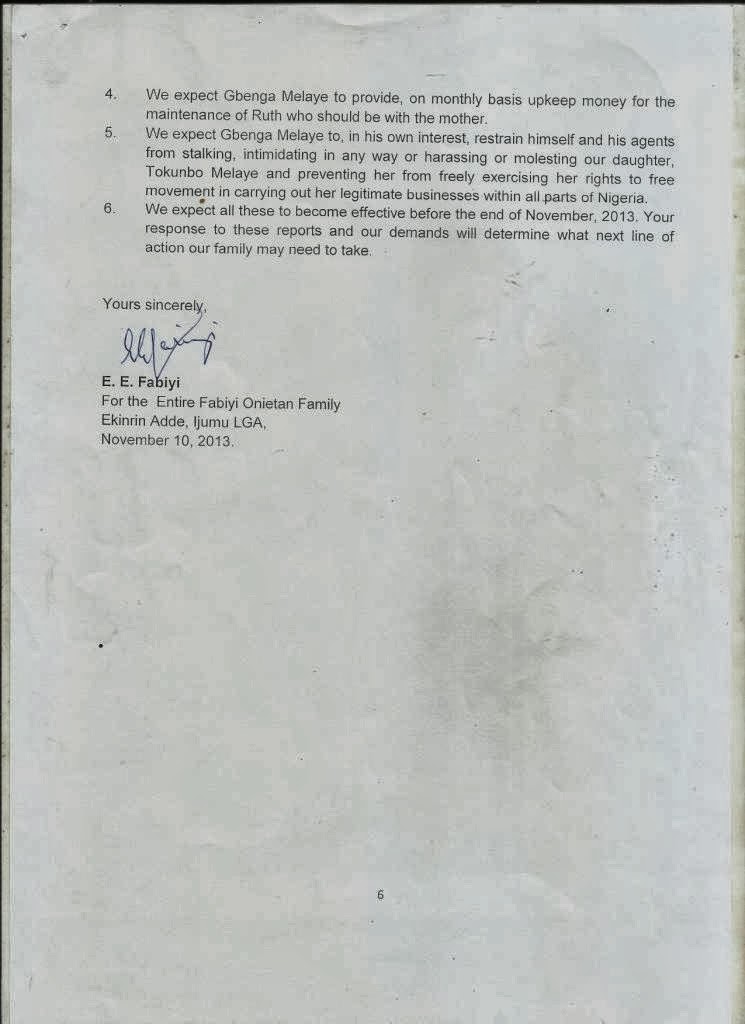