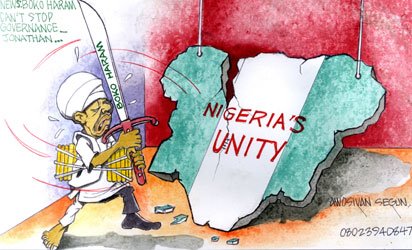 It was a cold sunny day in Cambridge when a Nigerian student walked into my office. Close to his right eye, sat a long scar darkened by time. A weak smile climbed his face when I greeted with these words:

His lyrical reply and facial expression drew me to the conclusion that all was not well. Some seconds passed and the silence between us, bounced around the office. He stroked the scar like an Italian Mafia, shooting stares at me.

Eventually, he punctured the silence with his mission statement. He wanted to know what I thought about magical realism and it’s effect on post-colonial literature.

I avoided the question, as I wanted to drink from the experience that led to this ritual. I asked, “What happened to you there,” pointing to the scar. The office heating went silent as if it wanted to glean from the tale about to be told.

Long stories could be cut short, I thought. And, as a teacher, can I probe into a student’s life? A Naija, brotherly string, made me unknot the question. I kept quiet and he too, did the same.

“It is a long story.” He repeated.

The reply sounded like a warning you give to children before telling them horror stories. Again, he massaged the scar.

“Do you know Boko Haram, sir?”

That question scared the wits out of me. Was a member of Boko Haram staring at me? Have I written about them that they would send an emissary to my office? I checked my time, rubbed my forehead and what seemed like sweat emerged which I cleaned with the back of my hand.

“I know Boko Haram and please, don’t call me sir.”

The massaging stopped. The stroking stopped.
“Boko Haram people did this to me. They did this to me. I was in one of the churches they blew up sometime ago. I was there. Only God knows how I survived. I remembered that after the explosion, people were running helter-skelter and I joined. Only for me to get to one place and find these boys looking at me, one of them pointed at me and others began to chant dangerous Arabic words.”

By this time, my mind had settled. After all, he was not a messenger but a victim.

Tears welled up in his eyes. The construction of his mien presented a battle between crying and not crying. He paused and continued:

“It is this same religious nonsense that took my father’s life in the Kano riots. I was a very small boy then. I saw them when they slashed him with knifes like a ram. I could not help. I couldn’t.” He shook his head.

At this moment, my curiosity morphed into wishes. I wished, among many things, that I could rewind time and place peace in Kano, erase the memory or clean the scar. I judged myself for asking. His story knifed my emotions.

“I’m very sorry about this…”

He cut my words short with a wave of his left hand as if chasing mosquitoes singing into his ear.

“It is alright, our turn will come and we will pay them back.”

Comprehending that statement was hard for me but I decided not to probe further. I simply replied: “To live peacefully, we must learn from the past and strive to achieve a better tomorrow for you and for the next generation. This eye for an eye thing never works it only breeds more hatred. “

How can we, as a country, move forward? Where do we start? There has been a circular movement for the past fifty years, how do we move straight? Is blood for blood the only way out? Are we ready for change?

“My brother,” I continued, “please, find somewhere in your heart to forgive and move on. Determine to make something out of your life. Dropping the bag of the past will help you move comfortably into the future.” I paused to search for a reply on his face but I saw my words ricochet on his earflap.

“Sir, I hate Nigeria.” He landed his reply.
With that, I moved on to answering his original question: magical realism and postcolonial discourse.