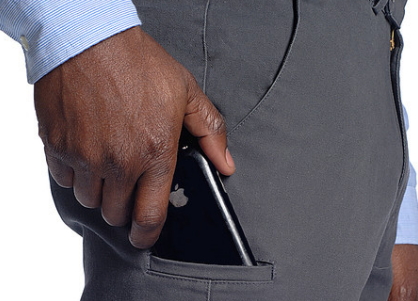 A Pathologist, Prof. Ganiyu Arinola, has advised men against putting cellphone in their trouser pockets, saying it may cause male infertility.

Arinola, who is the Head, Department of Chemical Pathology, University College Hospital (UCH), Ibadan, gave the advice in Ibadan on Saturday.

He said public attention has been drawn to the issue of safety of radiations from laptops and putting cellphone in the pockets.

“This calls for special focus, considering the fact that infertility has affected certain percentages of couples of reproductive age.

“It is worthy of note that nearly half of these percentages have been linked to male infertility.

“Other factors include exposure to certain environmental pollutants, lifestyle, occupation and infections of the urinary genital tract which have been linked to male infertility.

“Putting cellphone in the pockets or hang on a belt is recently proposed to be the cause of infertility, especially in the males,’’ he said.

Arinola, who is also a senior lecturer of Immunology at the University of Ibadan, said studies carried out, using various methodologies, linked cellphones radiation to male infertility.

According to him, opinions differ as to the possible mechanism by which cellphones radiation may produce these changes within the short-time of putting it in the male pockets.

Arinola added: “Radiation from cellphones is said to affect sperm structure, mobility/movement, vitality or being alive for expected length of time.

“But, it is known that millions of sperm cells are released during mating and only one sperm is needed to fertilise the female egg.

“The likelihood is that all the sperms may not be damaged at the same time, but within the short-time of putting cell-phones in the pocket.

“Based on the health risks from cellphone radiation, it is advisable that simple precautionary safe method of handling cellphone should be practiced in order to protect health and fertility.”