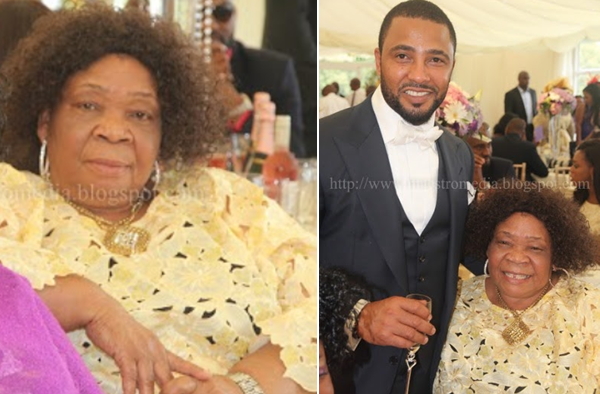 According to Maestro Media, the woman pictured above is the biological mother of Mavin Boss Don Jazzy.

Ngozi is the beautiful mother of the popular music producer Michael Onwuneme Enebeli aka Don Jazzy. She is a Princess born in Umuahia, Abia State Nigeria.

She married his step-father, Collins Enebeli, an Isoko Born Delta State native after her romance ended with the real father of Don Jazzy.

For those who are not aware, Don Jazzy is actually the son of late actor Enebeli Elebuwa though he often denies it.

Don Jazzy’s mother’s name is Ngozi. He is the product of the brief romance between late Enebeli and his mother.

D’prince, the younger brother of Don Jazzy is fathered by Collins Enebeli, the alleged father of the Mavin boss.

D’Prince and Don Jazzy have a common mother but different fathers.