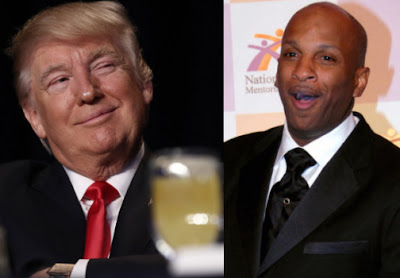 According to The Christian Post, the Grammy Award Winning gospel star is now encouraging Christians to pray for and not protest against Donald Trump.

Here are the exact words of Donnie McClurkin on Get Up Mornings with Erica Campbell show:

“We need to know what our vote really means and how to utilize it. But I don’t want us to get caught up in this protest. The protests do nothing but rile up. It causes people’s anger to rise up and it gives us a false sense of involvement.

The true sense of involvement is at the voting booth.

I did not vote for Trump because of his “lack of policy, misogynistic ideals and racism.

Let the world protest but the job of the Church now is to go into prayer and pray that, number one, he succeeds, because if he fails, we have to deal with the consequences as a nation.”