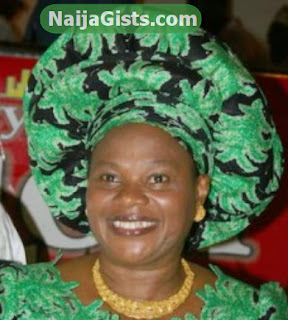 Sorry for my no show for the past 7 hours, I have been on the air since…. just landed.

A source from India just confirmed with NaijaGists.com that Prof Dora Akunyili, the former DG of National Agency for Food and Drug Administration and Control, NAFDAC has passed on.

She died this morning at an undisclosed Specialist Cancer Hospital in India after a long time battle with cancer.

According to our source, she died around 10 am on Saturday morning after over 48 hours in coma.

Dora Akunyili who was diagnosed with cancer few months back stayed in Nigeria for Confab conference instead of catering to her health.

When her situation grew worse last month, she was airlifted to India for an aggressive cancer treatment.

Her family members are yet to make an official announcement on her death.

But our source from India has confirmed the death.

Dora Akunyili’s death news is coming a week after her publicist debunked her death rumour.