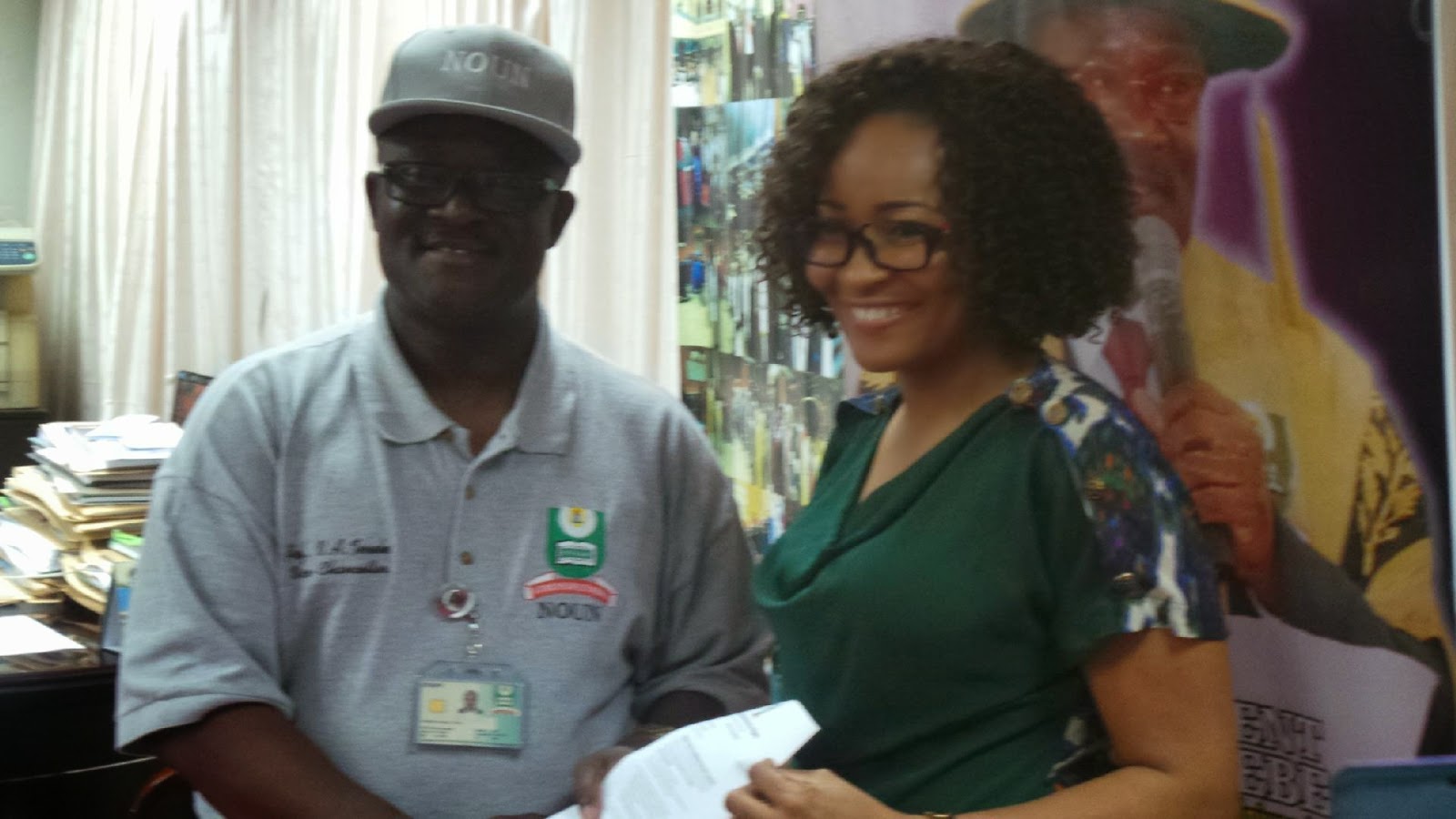 On Wednesday the 25th of June 2014, Francis Duru, Doris Simeon and Chioma Chukwuka Akpotha were invited to the Victoria Island office of the institution to collect their scholarship awards.

Excited Doris Simeon took to social media to make the announcement;
“It’s not just a honour but a joyful one to be among students of the National Open University. I’m glad for the honour bestowed on me and some of my colleagues and I would take the golden chance to not only promote the institution but also learn and be more informed.” 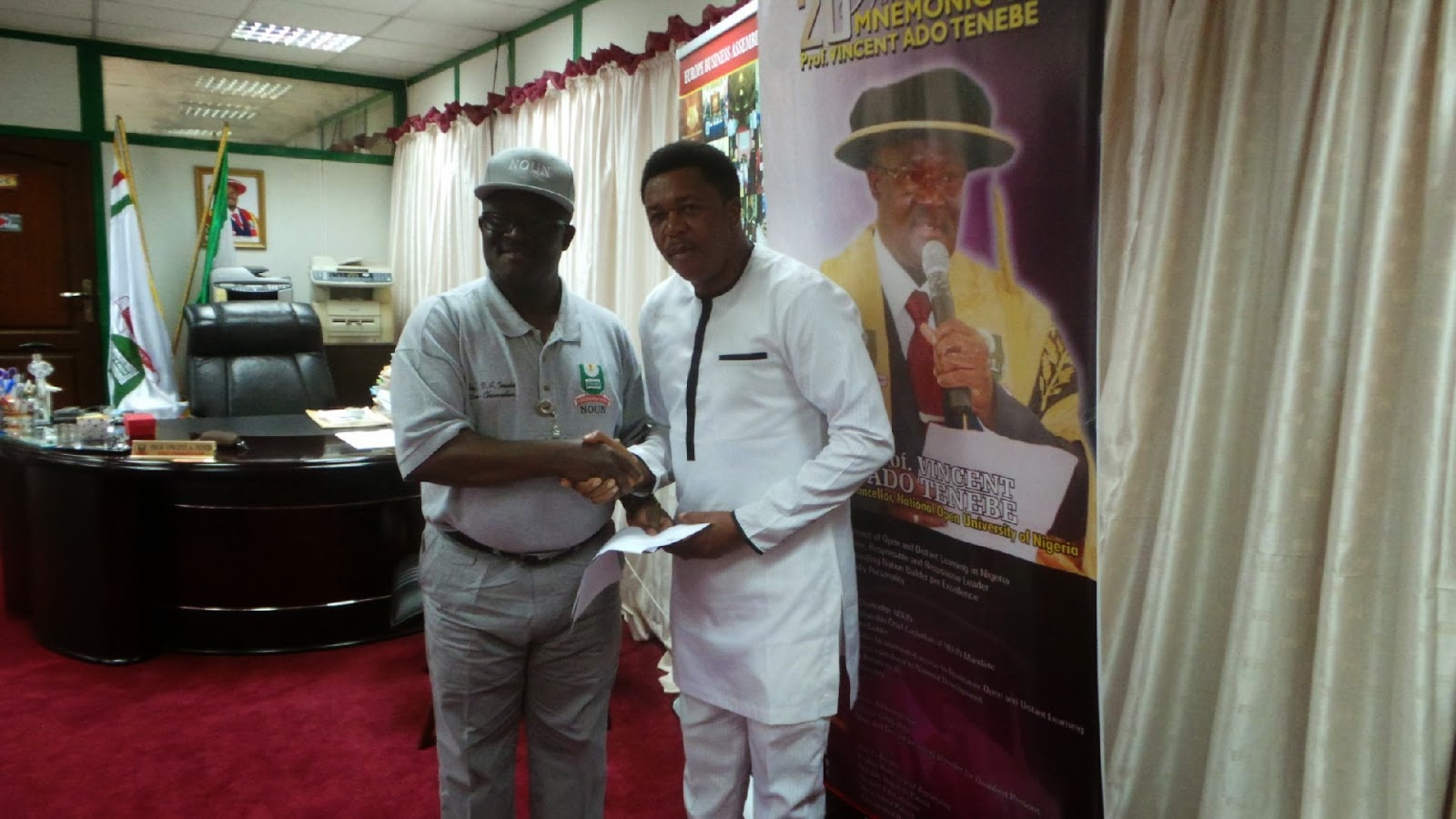 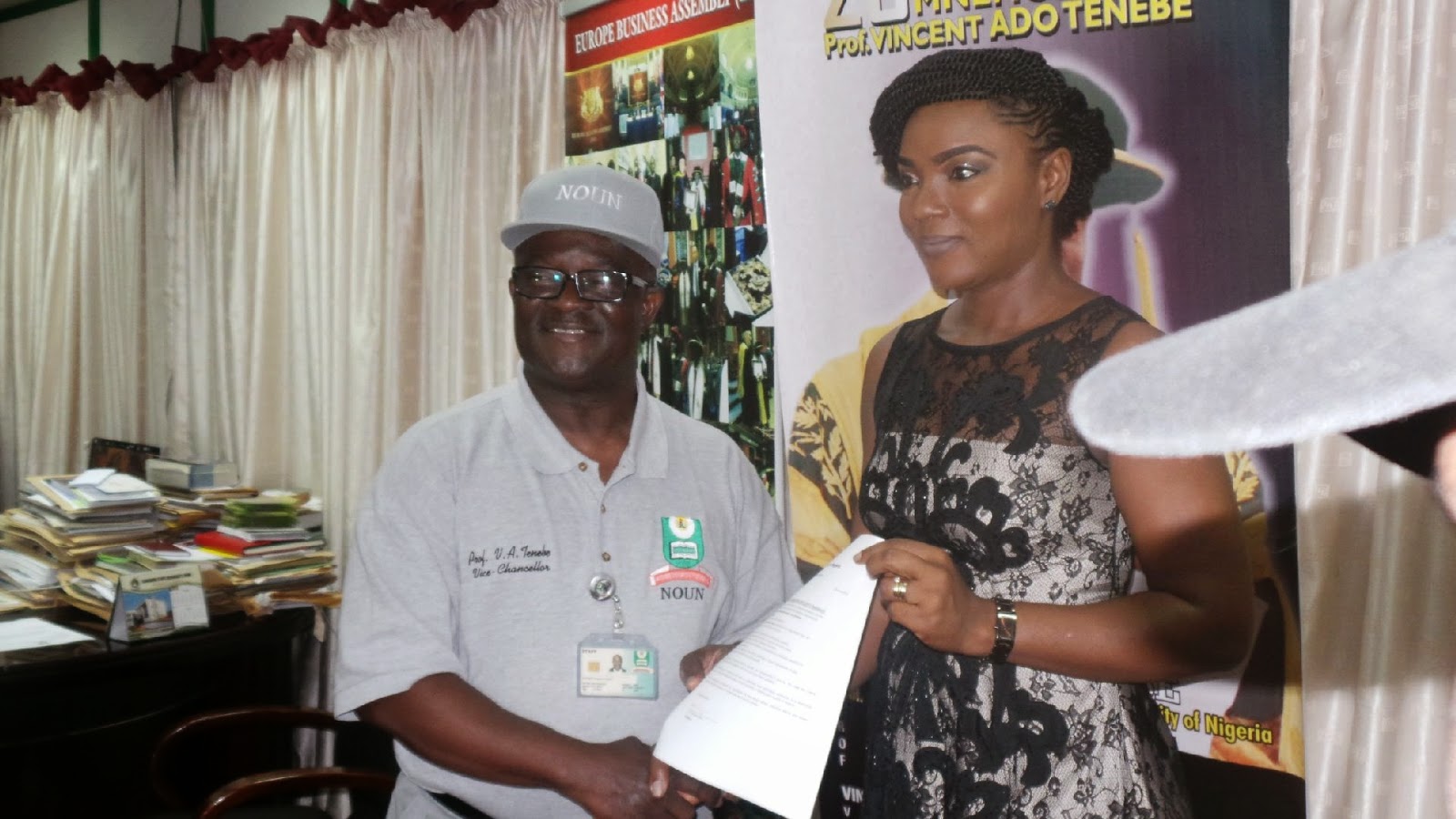 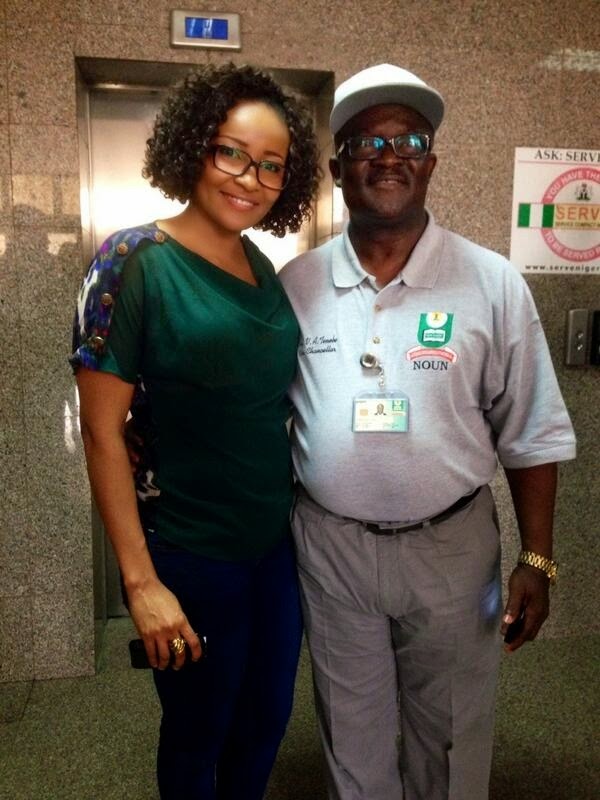 Check out Prof Tenebe’s hand on Doris Simeon back… Is it appropriate??