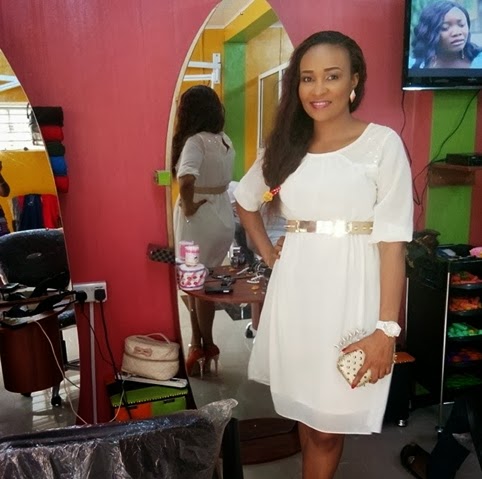 Nollywood actress Doris Simeon has ventured into business. The mother of one has opened a state of the art hair salon in Ogba area of Lagos state Nigeria.

“Davris beauty centre is open for business. Come let’s give u the celebrity touch for ur Xmas celebration. We are 4, abanikanda st off Haruna st Ogba, Ikeja Lagos state” – Doris said in a tweet 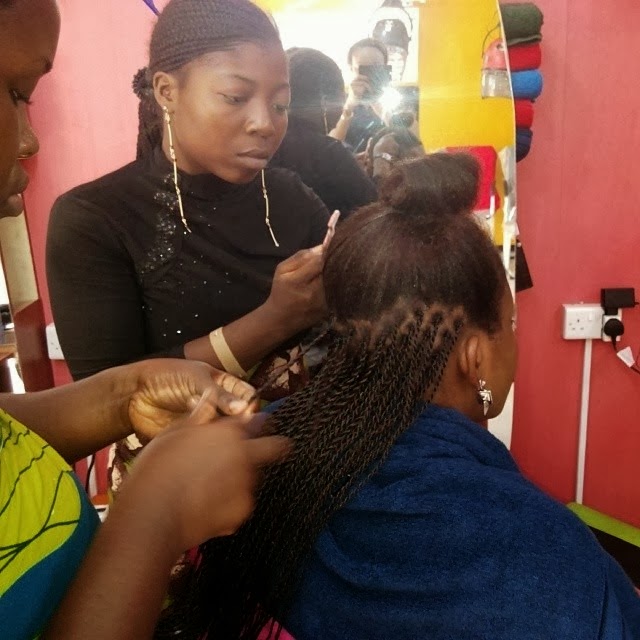 Moments after sharing the above news with a picture of a nursing mom braiding a client’s hair, some fans blamed her for hiring a nursing mother.

A lot of them condemned the act and said they will personally not allow such woman to make their hair.

Check out their twitter rants and some photos of Doris Simeon’s hair salon below: 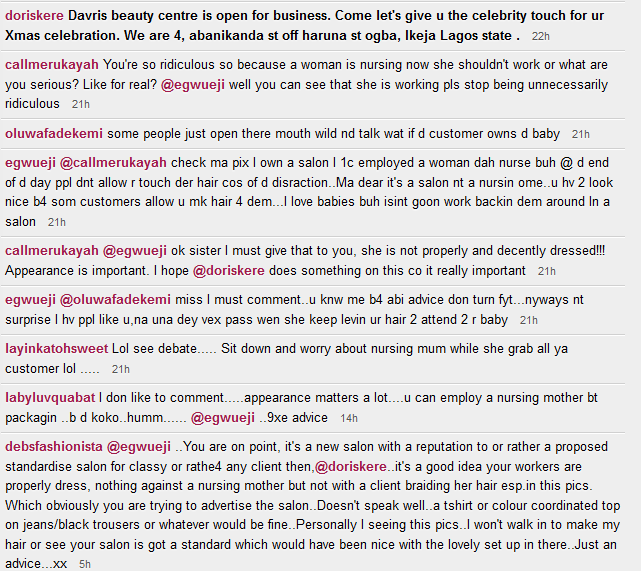 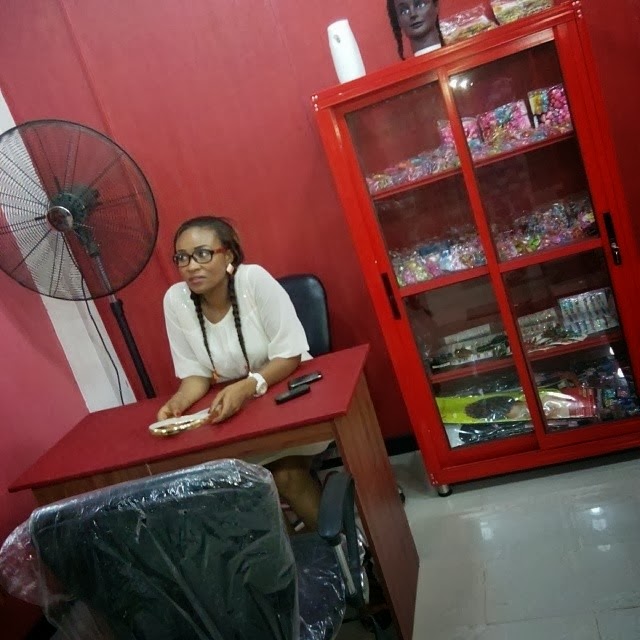 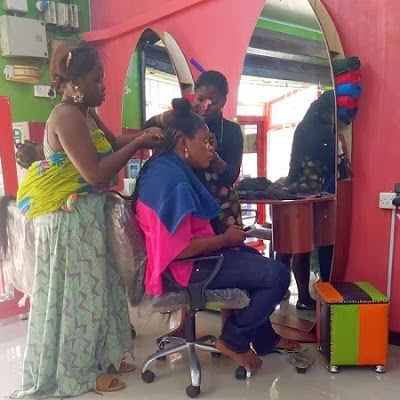 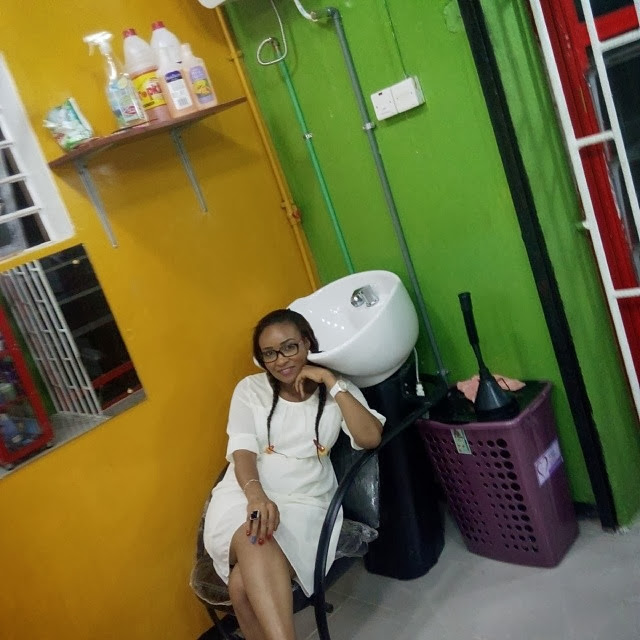 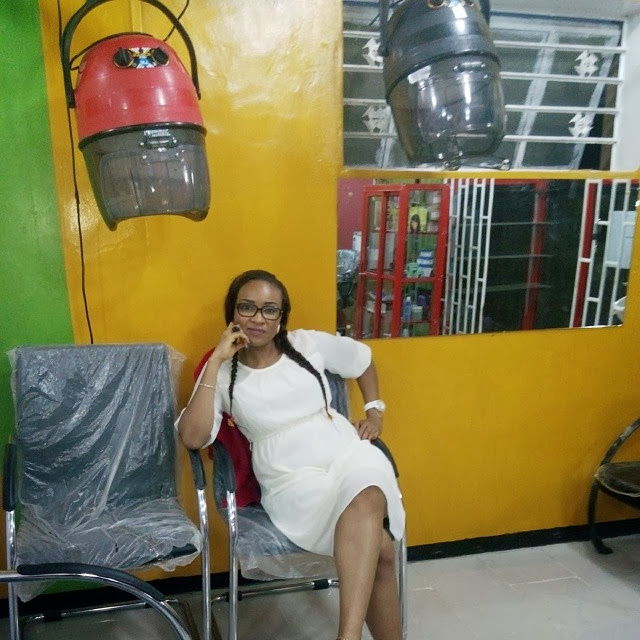 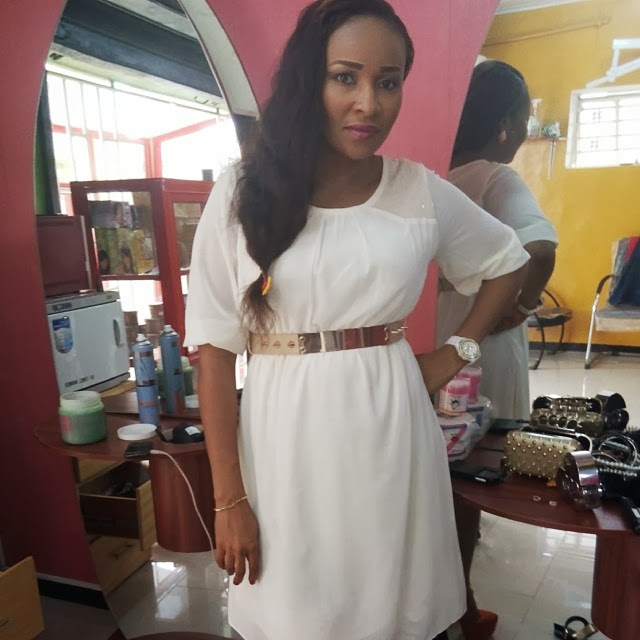 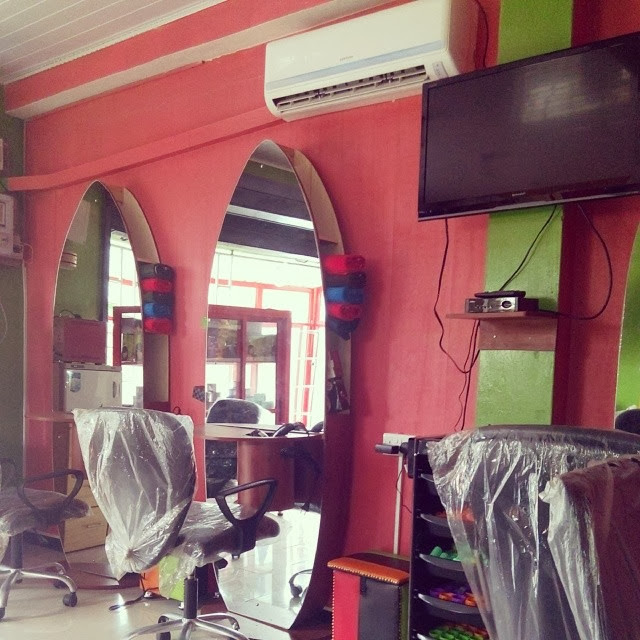 Mariah Carey Blamed For Performing For Access Bank In Nigeria
D’banj & Genevieve Nnaji Back Together? Ex-Lovers Spotted At Lagos Nightclub