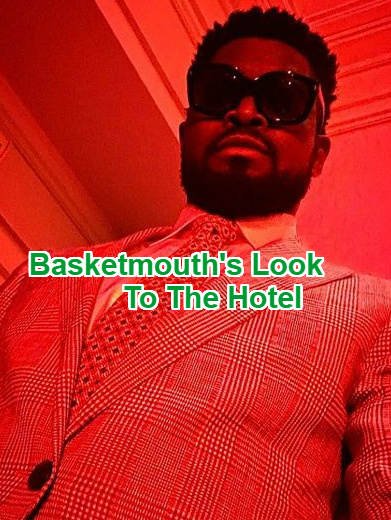 He lodged at a top Class hotel in South Africa recently and to his surprise, one of the hotel attendants identified him as an Afghan man. 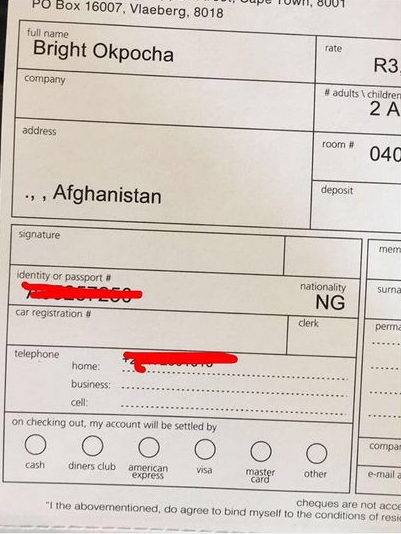 This is the handiwork of those Oyinbo people in Cape Town.

Haba how can you see NG as nationality and still give him an Afghanistan address???

Perhaps it was done intentionally to put Basketmouth on watch list.