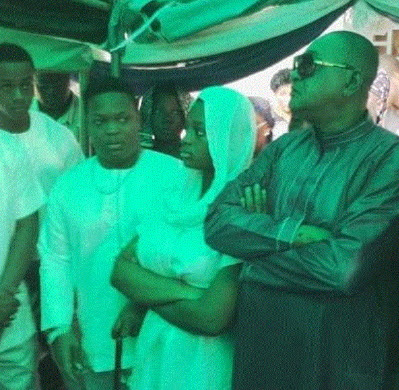 Rumour has it that one of Henrietta’s twins, Taiwo Olowuh threatened to beat up Jide Kosoko for killing their mother with stress but some elders talked sense into him in Urhobo language.

This drama unfolded in Lagos yesterday shortly before Henrietta’s body was transported to Abraka for final burial.

Those who have lost their mother or father can relate with this. Thank God he was cautioned.

See more photos of some Urhobo women weeping during the lying-in-state yesterday. 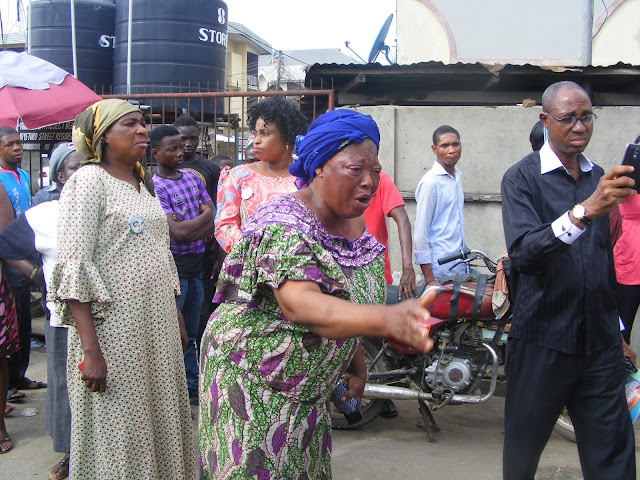 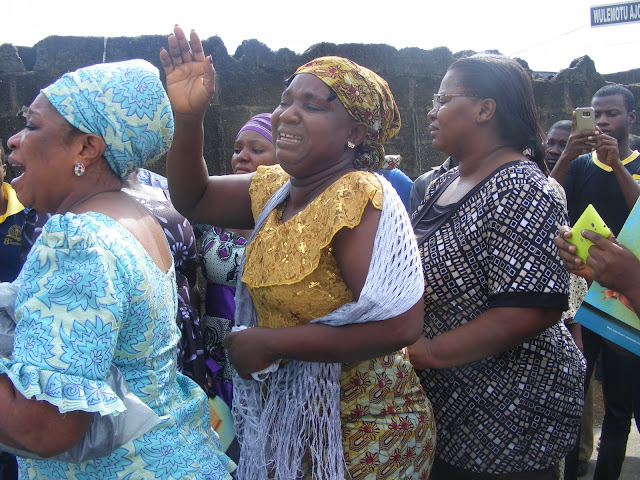 Two of the women were heard cursing those who killed Henrietta before her time.

Another source NaijaGists.com met at the party said Jide Kosoko supposed to do some rites before Henrietta is laid to rest if he’s truly innocent of Henrietta’s untimely death.

NaijaGists.com sources were among those who travelled to Abraka yesterday, will get you more photos and details later.