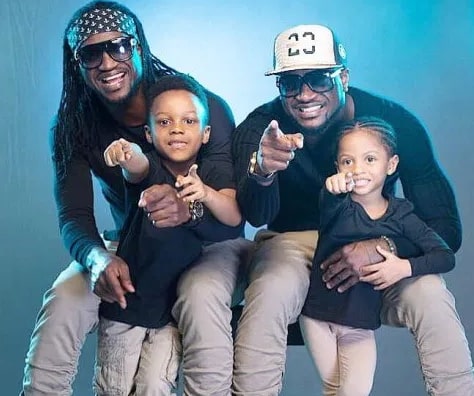 P-Square Reunion 2020: Will P-Square Twin Brothers Peter & Paul Okoye Ever Come Back Together

Knowing the reason for the separation of this group may help you judge if there is any hope of a reunion this year or in the distant future.

The breakup of P-Square came as a surprise to their many fans. Even though there had been threats of such in the past, no one actually believed they would go through with it.

People were of the mindset that if there ever was a group to go solo, it definitely won’t be the P-Square duo. For one, they are not just brothers, but very identical twins.

The manner in which the break up went down could be described as heart breaking because, it mostly depicted there was no hope for reconciliation. Fans of the duo and a great many Nigerians were shocked and rather disappointed at the level to which their disagreement deteriorated to. The battle between the Okoye brothers was indeed quite a mess. The duo even lost an endorsement deal due to this saga.

The question on everyone’s mind at the time was what exactly could have gone so wrong so much between brothers, which even resulted in violence and a great many threats on and off social media. There were several reports as to the real reason behind this group going their separate ways.

An account of the reason for their fall out stated that Peter Okoye and his family were treated unfairly by his elder brother/ manager Jude Okoye and by extension also Paul Okoye. This ill treatment is said to have steadily grown worse and even reached a point where the lives and safety of his wife and kids were supposedly threatened.

Peter was the first to abandon the group. This occurrence is believed to have strongly affected Paul who waited and hoped for the return of his brother, so they could once again be a team. Paul Okoye in an interview revealed that the issue of their split hit him quite hard and it took quite a while for him to go back to creating music and accept the fact that his brother was indeed done with the group.

Other reports seem to put the blame squarely on the shoulder of Jude Okoye. Jude is reported to have favored the creations of Paul above Peter. This continuous favoritism for Paul and his work eventually made Peter feel slighted, as this was an affront to him and his work.

But even after her death, Jude is said to have set out to uphold his mother’s wish. His displeasure towards the union showed clearly when he unapologetically missed the wedding ceremony of these two.

A tweet by Paul may have indirectly led the public to believe that perhaps Peter’s wife was to blame for the breakup of the group. It is yet to be confirmed expressly what her contribution was to the said disagreement.

After all said and done, Mr. P has tried to lead the public to believe that he is much better on his own as he would rather stay that way than go back to being a team with his brother. However, he did at some point mention that, P-Square can only come back on board if himself and his wife get their due respect.

The getting back together of P-Square is yet to be seen. While Paul seems open to a reunion, Peter seems not to be interested. Although their issues were believed to have been sorted out, the reinstating of the P-Square duo this year or any other year still remains uncertain. But we can only hope and wait for these brothers to realize that, they are indeed a team and therefore work much better together than apart.