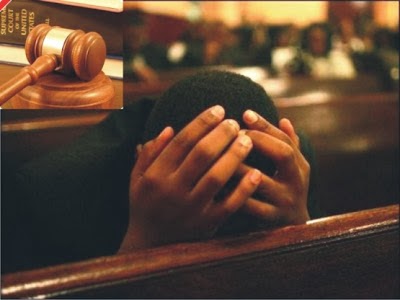 A divorce-seeking retiree, Joe Ubigho, told an Igando Customary Court in Lagos yesterday that his wife of 19 years was too lazy and had left everything in the house to maids.

“My wife is very lazy; she has left everything in the house for our maids to do, including cooking,” Ubigho, 57, alleged.

He told the court that his wife, Rita, 45, could not do anything, and usually flare up and disappear from the house whenever she was queried.

He said that it was owing to such laziness that he was forced to take their children to a boarding school for proper care.

The petitioner accused his wife of financial recklessness, saying that she could not manage a business outfit he set up for her.

“My wife mismanaged the business I established for her. Her shop is now empty and she keeps demanding for money every time,” he said.

Ubigho said his wife packed out of the house four weeks ago, saying that he was no more ready to take her in.

He begged the court to dissolve the union.

Rebutting the allegations, Rita, a businesswoman, said that it was her husband that chased her away from the house threatening to bathe her with acid if she did not leave.

“My husband threatened to bath me with acid if I refused to leave his house; so, I packed my belongings to stay with a woman whom he knows very well.

“I pleaded with him to allow me stay in his house to care of my children,” she said.

She accused her husband of vandalism, saying that he destroyed the car he bought for her.

She said: “My husband damaged the car he bought for me, he stopped me on the road and demanded for the car key and declared that he was no longer interested in giving me the car.

“I demanded for an explanation and he threatened to burn me with the car if I refused to comply, before I knew what was happening, he started destroying the windscreen”.

The mother of three said that she did not mismanage the business her husband set up for her.

According to her, it was her husband that ordered her to use the business money for new shops he was building, promising to pay her back.

“Most time, he will come to my shop with strange people, remove some goods for them and promise to pay me— which he never did. Anytime I ask for the money, he will fight me,” she said.

She promised to take good care of her husband and the children and urged the court not to dissolve the marriage as she was still in love.

The president of the court, Mr Hakeem Oyekan, adjourned the case to August 17.