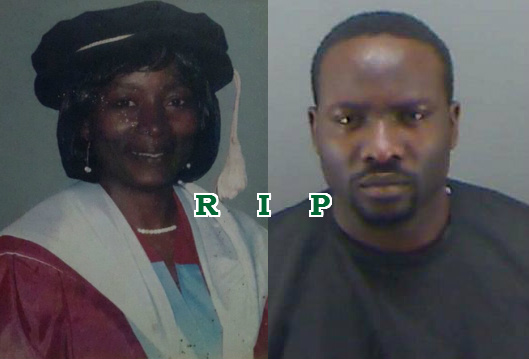 A Nigerian man has been arrested for the murder of his mother in Longview Texas.

31-year-old Daniel Kadima was charged for allegedly killing his mum, who happens to be the former Head of Mass Communication Department at the University of Jos before she left Nigeria.

The victim,  61-year-old Dr Hauwa Esther Kadima was beaten to death in her apartment in Longview Texas last week Tuesday the 28th of July 2015.

According to her autopsy report, she died of blunt force trauma to the head and had multiple skull fracture and laceration of the brain.

According to Longview Police Officials, the suspect has a long history of mental illness.

He was the last person who visited Dr Hauwa Kadima apartment on Tuesday before her death. Police believe he was the one who beat his own mother to death.

He is now being held in the Gregg County jail.