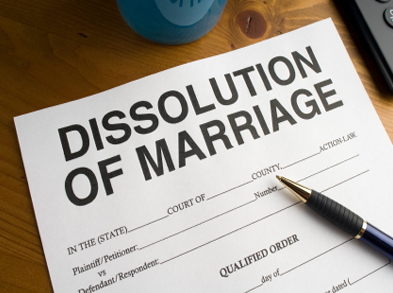 Today, a divorcee identified as Yusuf Saidu approached an Upper Area Court at Karu in Abuja to seek a refund of the money he spent on the wedding of his former wife.

Saidu is pleading with the court to compel his ex-wife, named Habiba, to refund some N400, 000 he spent on their wedding three years ago to enable him to marry another wife.

He told the court that he and Habiba got married in 2014 and that Habiba got tired of the union early this year and divorced him.

Saidu said that before the dissolution of the marriage, they had relocated to Abuja from Kaduna State but that Habiba sued him at a court in Kaduna.

“I don’t want any amount less than that because the marriage did not last long and for the money I spent not to be a waste, I need full refund.

“We were also blessed with a two-year-old boy. I want to have his custody.

“I am not the one that said I am tired of the marriage but my ex-wife, so I need a full refund of all my expenses during the wedding,’’ Saidu pleaded.

Counsel to the respondent, Mr Abidan Aminu, noted that his client received the court summons with shock.

He told the court that the marriage was dissolved by a Sharia Court in Kawo, Kaduna State last month.

“The summons is coming less than a month when the court at Kawo granted my client’s request on grounds of gross domestic violence visited on her.

“The court also awarded the sum of N 70, 000 as compensation to be paid by my client to the plaintiff being the exact amount of dowry paid on her.

“She had paid the money through the court.

“I was also surprised to find out from the court in Kaduna that he refused to come and pick up the N70, 000 until we were served this summons in Abuja.

“Another surprising thing is that he did not heed the advice of the court to appeal its judgment at the Sharia Court of Appeal in Kaduna and he failed to also seek legal knowledge on the issue. ’’

He urged the court to award Habiba N20, 000 as compensation for expenses and inconveniences caused to her by the actions of Saidu.

However, the Judge, Abdullahi Baba, in his ruling, struck out the case for lack of merit.

The judge said that the matter was filed at the court as a fresh matter and that was why it was entertained.

Baba advised Saidu to seek redress on the matter in the state where the divorce was granted.

“You (plaintiff) are not supposed to bring this matter here since it started in another state.

“I am certain that the judge of the Sharia Court in Kaduna would have told you in his judgment that you have a right to appeal within 30 days that the judgment was given.

“If you are not clear with any language of the court, seek a professional opinion.

“I will advise you to go back to Kaduna where the matter started and appeal at the Sharia Court of appeal if you are not satisfied with the judgment given, ’’Baba ruled.

He, however, did not award any compensation to Habiba. (NAN)

“I’m Not Proud To Be A Nigerian” – Says Man Beaten By Police Over His Laptop
Oke Iyamapo Jeans Festival: Thrills As Tourists Climb Iyamapo Mountain In Igbeti Oyo State