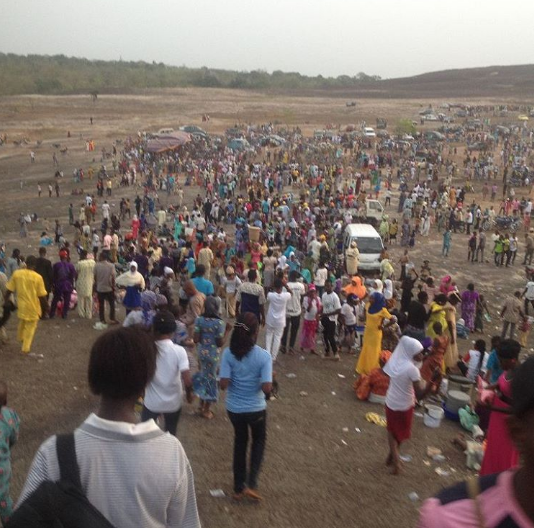 April 21, 2017  – Photos: Nigerians Embark On Annual Trip To Iyamapo Hill In Igbeti Oyo State To Meet The Goddess Of Fertility

Oke Iyamapo festival which usually takes place every year has been a part of the historic town of Igbeti in Oyo state.

Iyamapo Hill aka Oke Iyamapo is a natural and cultural attraction. The significance of the festival is that Iyamapo herself is the goddess of fertility

THE scramble to the top of Iyamapo Hill in Igbeti, Oyo State was infectious. Indigenes of the town, the young, the old, Christians, Muslims and traditional religion worshippers, were all caught in this annual trip to get to the top of the hill. And the sight of human beings, between 20,000 to 30,000, making a long stretch of line from the foot of the hill to the top, was an image that will remain in the mind of any person for a long time. 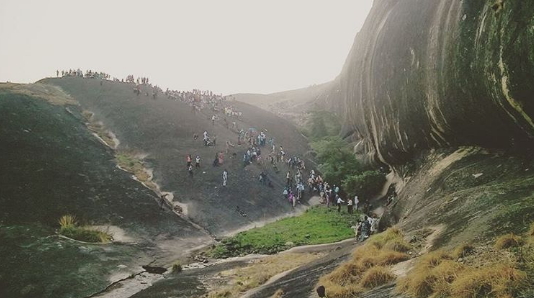 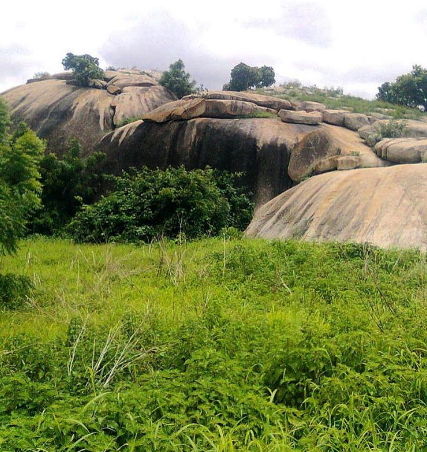 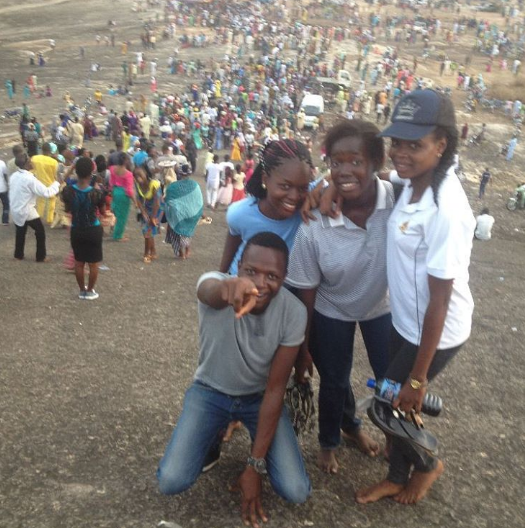 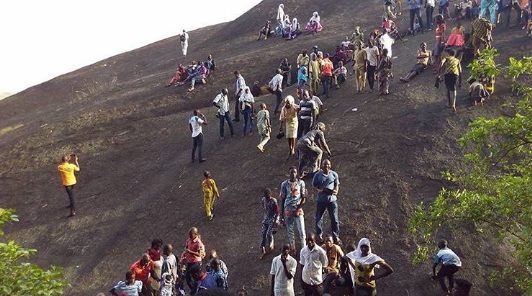 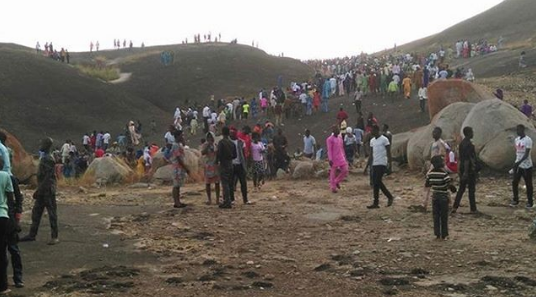 Igbeti is located in the northern part of the state. It is just a few kilometres away from Ilorin and less than an hour drive from Ogbomoso. With a lush vegetation and an almost table land, it is not surprising that the town is blessed with multiple tourism assets.

Igbeti is surrounded by hills, but not the intimidating ones whose sight discourages one from getting close. The hills at Igbeti invite adventure. These are hills that, in the past, served as protection for indigenes during wars and a point to launch attacks against invaders. 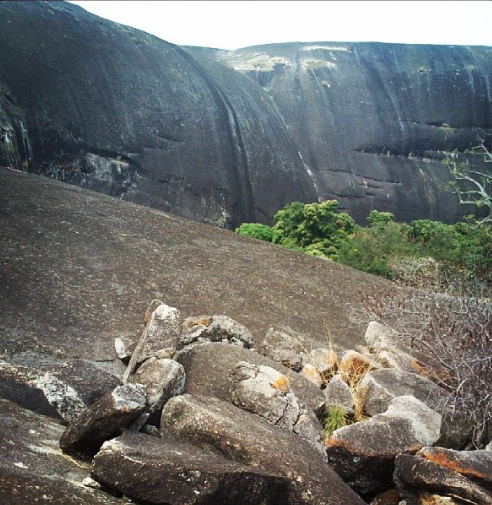 One of these hills is Iyamapo Hill. From afar, it looks like a dome, but at the top, one could see other rock formations shaped by nature to balance on top of one another. There is also a mysterious cave there.

Every year, during the Easter holidays, indigenes of the town and visitors embark on this exciting, but difficult climbing to the top of the rock for leisure, recreation, picnic and general relaxation. It is a rocky hill, but the surface is not smooth. This helps climbers to gain balance and make their way to the top.

This year was the Iyamapo Jeans Carnival where climbers were expected to make their way to the top wearing their jeans. It caught up with many, especially the youths,wearing jeans.

The goal of the organizers of the carnival is to popularize the climbing and attract visitors to the town.

Climbing Iyamapo Hill is a healthy exercise that needs endurance and fitness. There are not railings or anything to support oneself. It is best to embark on the climbing without pressure on oneself to get to the top as quickly as possible. Along the way, one sees the young, the old, the physically challenged and so on, all making it to the top.

One of the indigenes of the town caught in the exciting exercise and the person is behind the annual event, Hon. Bosun Oladele , a member of the House of Representatives, spoke about the programme: “The thought is the goal and the goal is only one thing: The tourism potential here remains untapped. Whether we like it or not, the government of the day’s efforts to diversify are on the tripod, the tripod of mining and extractive industry, tourism and agriculture. If you look at this place, we talk about agriculture. 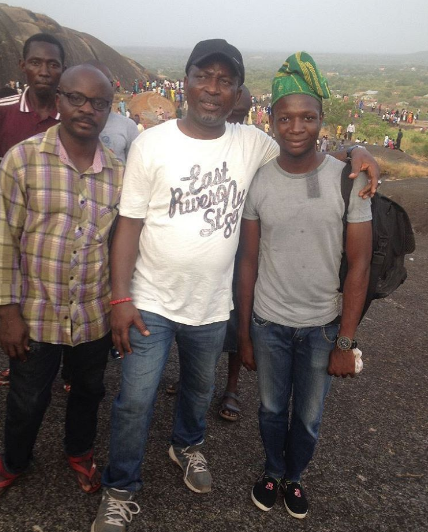 “ We have vast arable land that will be difficult to find any where in Nigeria. When you talk about cassava, we have a suitable soil for cassava farming. When you talk about mining, there are stones here , from marble, to blue tamalin and so on. Some of them, you only need to scratch the surface and you begin to see them.

“When you talk of tourism, you are talking of a town with 16 hills. If you are approaching this community, especially from Ilorin or Ogbomoso, it will seem to you that you are going inside a cave surrounded by hills. You also exit the town through a narrow passage between two hills.

“When we were growing up, we used to see white men come here for mountain hiking. They came with all their gadgets. They would be competing with monkeys. You would see monkeys. Later, they stopped coming. We don’t see people hiking again.

“We normally come to Iyamapo Hill every Easter Monday to have our picnic. That is the way we catch our fun. I am happy about it. I started this campaign. My children were able to climb today. Many people came from Port Harcourt, Warri, Lagos and the United States.

“I have a friend that came from Chicago. He came around two years ago and found it interesting. Some of our kinsmen from London also came. People were there in their thousands. You saw that yourself. We spent some quality time on the campaign. We tagged it Jeans Carnival because we wanted to do something out of the ordinary.

“The majority of those that came for the Iyamapo trek wore jeans. That is to create the awareness and inform the outside world that it is not only in the city that you could wear jeans. You could equally do it here, and do it with all the fun that anyone would wish to catch and you could see that there was nobody climbing today with sadness on their faces.

“It was smiles and fun all through. We are looking to see if we will be able to attract enough global and national interest. Let them come here and see what is happening and let them key in.”

Many indigenes of Igbeti said the mountain climbing helps to foster peace and unity in the town.

Prince Olaide Yunus Oyekunle, a former employee of the Federal Ministry of Culture and Tourism who has been at the forefront to develop Igbeti as a tourism hub, agreed and spoke further on this and the religious dimension of the festival.

“This is a natural and cultural attraction. It is not just for this occasion. This festival has been part of the history of this town. The significance of the festival is that Iyamapo herself is the goddess of fertility. People believe, even up till now, that when they are looking for something, she will give them.

“At the Iyamapo cave, people go there writing things because they believe that whatever they write will come to pass.”

“Some of the people in my team today are Muslims. We call it the Easter picnic, but you see Muslims joining us. When you see one another fraternize, share food, share drinks at the hill top, you won’t want to go down and start fighting. No, it won’t happen. So, we climb it together, felicitate together and it creates and deepens that bond.

“The event keeps getting better every year. The visitors attest to that. I couldn’t imagine that we would have a lot of people in their thousands there. As we were coming down around 6pm, people were still going up in their hundreds.

“When we were at the foot of the mountain, the deejay was dishing out music and the children were catching their fun. We hope that the corporate Nigeria will also key into the silent tourism revolution that happening here right now.”

Oladele talked about some of the tourism assets of the area. “Other tourism attractions include the National Park, Oke Agbele . It is like a human being with slim body carrying heavy load. Those are rocks on top of a rock. It is a masterpiece anywhere globally.

“The Old Oyo Empire started from this environment. As a matter of fact, there is a location here where the three first Alafins of the empire were buried. They call it Igbo Oba. That was where Old Oyo Empire was. That was the seat of government.

“You can see that the empire expanded from this area to where we know as Dahomey, Benin and so on and so forth. So, these are things people should be interested in seeing in order to learn from history.”

Continue Reading
You may also like...
Related Topics:Festival, iyamapo, jeans