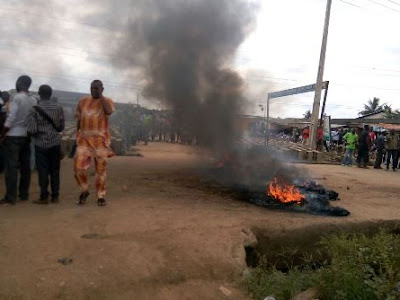 Not less than 4 people died today when some trigger happy NCS officials went on rampage at Moshalashi and Kola Bus Stops in Alagbado and Ajegunle area of Alakuko in Lagos today.

According to eyewitnesses, the NCS officers acting under the influence of alcohol were chasing smugglers when they suddenly parked and started shooting sporadically into crowded areas.

4 persons including motorcyclists hit be stray bullets reportedly died on the spot.

At a point, the officers threatened to shoot policemen from Alakuko division who attempted to stop them.

Here is what a resident who saw what happened said: