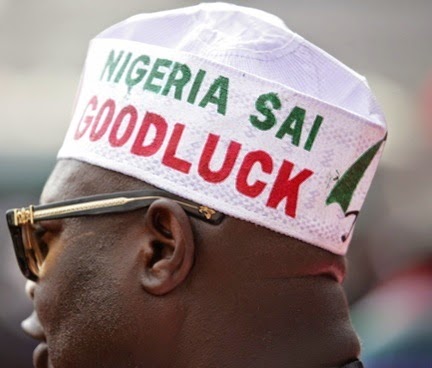 March 21, 2015 – E Go Better: How Nigerians Are Living With False Hope Of A Better Tomorrow

When we examine the predicament of Nigeria; when we review our history in light of our record of decades of malgovernance, outrageous corruption (economic terrorism), insubordination by authorities and failed administrations; one reality presents itself: we are unique.

Whereas the French would have long revolted and changed their governments; whereas the African-Americans would long have been on the streets as they are in Ferguson today; as they were in LA years ago. Compared, the Arabs would have “sprung,” and the masses of America would have “occupied;” Nigerians are hopeful.

It is our happiness that is at fault. Our hope is our blight. We have been diagnosed for this attitude. We were called the happiest people on earth. We thought this was something to be happy about, little did we realize then that this was a slight.

Recent polls by Gallup have better qualified this so-called “happiness.” Africans and Nigerians most especially are not quite the happiest people on Earth, but what the studies have found is that we are the most “optimistic” people on earth; the most “Positive.”

This unusual result (85%) compared to a global average of 53% optimism in a better future.

Throw a nuclear bomb at us, we will say, “e go better.”

No matter what you throw at the Nigerian, he will not only not fight, but he will actually smile and encourage platitude and hope – optimism that “e go better.” China Okasi noted this in an OpEd piece she wrote in the MSNBC last May when we lost our 234 Chibok daughters – sure enough it didn’t “better,” the worst happened; the girls are gone! A year after the deadly Immigration scam, it did not better. Abba Moro was never sentenced, Jonathan never resigned. We were never employed. Nothing changed. Nothing got better.

This false optimism is what has been noted about us. This is our blessing and our curse so long as we do not, as China stated, “actively demand and ensure better,” seek the change to make it better, and not “passively wish” for it to “better.” This is why we did not expel the government when Odi happened. This is why we tolerated the government when Baga I happened and again when Baga II happened and when Chibok happened. This is why we tolerated IBB and Abacha. And this, “e go better” is what will – if it has not already – kill us.