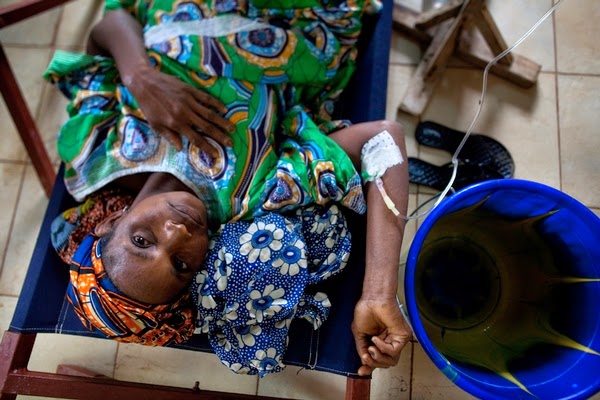 A Sierra Leonean Ebola patient whose family sparked a na­tionwide hunt at the weekend when they forcefully removed her from a treatment center and took her to a traditional healer, died in an ambulance on the way to hospital, a health offi­cial said.

In recent days crowds gath­ered outside clinics and hospi­tals to protest against what they see as a conspiracy, in some cases clashing with police as they threatened to burn down the buildings and remove the patients.

Amadu Sisi, a senior doctor at King Harman hospital in the capital Freetown, from which the patient was taken, said at the weekend that police found her in the house of a healer. Her family refused to hand her over and a struggle ensued with po­lice, who finally retrieved her and sent her to hospital, he said.

“She died in the ambulance on the way to another hospi­tal,” Sisi said. Health officials said fear and mistrust of health workers in Sierra Leone, where many have more faith in tra­ditional medicine, are hinder­ing efforts to contain an Ebola outbreak which has killed more than 450 people in the country.

May God deliver us from this deadly disease.