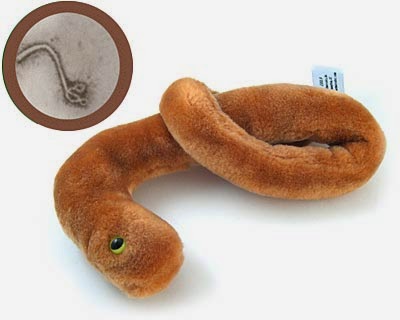 It is a shocker that Ghana has banned all flights originating from Nigeria until further notice over Ebola Virus outbreak.

Though no new infection has been reported with the exception of a Liberian who died last week, most Ghanaian including actress Juliet Ibrahim believed Ebola virus has reached Nigeria.

The MD of Ghana Airport Fompany, Charles Asare said the authorities were implementing to prevent the virus from spreading into the West African country.

Also, restrictions have been imposed on the movement of Liberian refugees who are still at the Buduburam Refugee Camp in the country.

Ever since its outbreak, the Ebola virus has claimed the lives of over 729 victims in the West African sub-region.

The Deputy Director of Public Health in the Ashanti region, Dr. Joseph Oduro, said on Sunday evening that the case resulted in the death of a 12-year-old girl.

He said the health officials in the Ashanti Region held an emergency meeting over the case.

Oduro said the victim, who was admitted at the paediatric unit of the Teaching Hospital with symptoms of fever and bleeding, died and during a postmortem  it was detected she had internal bleeding. He said the development was alarming since neighbouring countries like Guinea and Liberia had recorded cases of the viral infection.

The West African country made the decision days after the giant of Africa, Nigeria banned flights from Liberia.