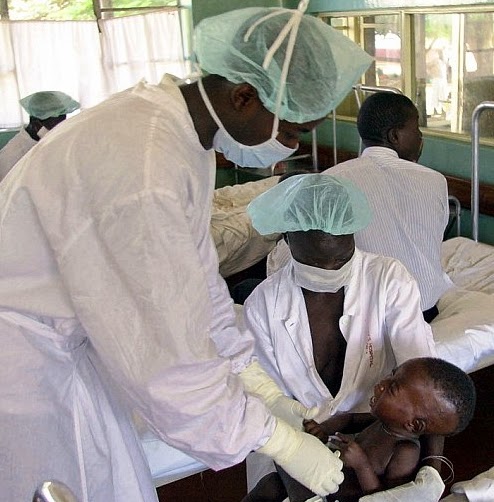 A baby girl has been placed in isolation in Kwara state following a suspected case of Ebola virus infection.

Kwara State Government on Thursday said a private hospital where the girl was initially admitted has been closed over Ebola contamination.

Announcing the closure of the hospital, the Senior Special Assistant to the Kwara State Governor on Public Health, Professor Sunday Opabola, and his counterpart on Secondary Health, Dr Ibrahim Gambari, said the seven months old baby girl suspected to be infected with the virus has already been isolated and quarantined in a specialist hospital.

The baby girl came into Kwara with her mother as visitors from Ibadan in Oyo state.

She was admitted over a suspected case of malaria and after 3 days on admission with no sign of improvement, the doctor treating her reported the case to the Ministry of Health for prompt action.

He said after close examination, the patient’s vomit was discovered to have traces of blood, which was taken and sent to Lagos for laboratory examination.

The undisclosed private hospital had been closed down by Kwara State Government.