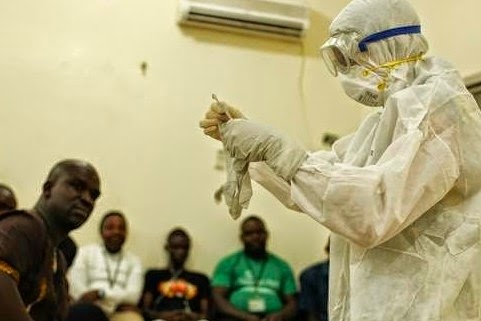 Another case of Ebola Virus infection has been reported in Lagos.

A patient who reportedly visited the same hospital where a Liberian Health official, Patrick Sawyer was diagnosed with Ebola Virus disease last month had forced the Ministry of health to shut down the NNPC hospital at Muri Okunola area of Victoria Island today.

According to Health Minister, Onyebuchi, the clinic located at Muri Okunola area of Victoria Island admitted a patient with symptoms of EVD and Ministry of Health was contacted.

This was made known by Onyebuchi during a courtesy visit to Governor Fashola at the State House in Ikeja. He said the affected clinic had been shut down.

“The situation is still under investigation and by tomorrow, the result will be out. We need to confirm that. Normally, once someone has been managed and there is a suspicion, there are precautions that will be taken.

Every case of Ebola in this country has been somehow linked to the late Patrick Sawyer.

Would it be proper to say the guy was on a mission to cause havoc to Africa’s most populous country???? Hmmmm may God protect us all.