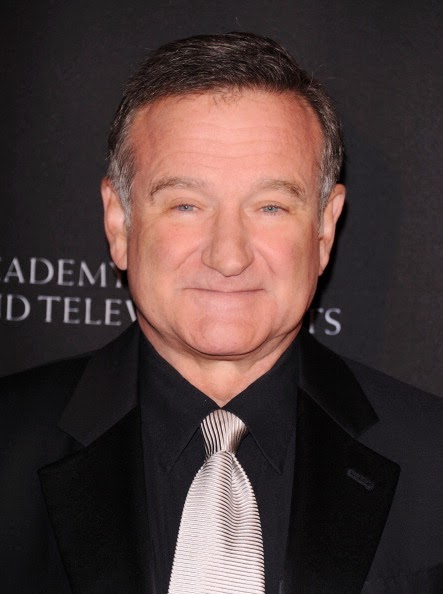 August 12, 2014 update: Police says first responders found a belt around his neck with his wrist slightly cut in a seated position.

August 11, 2014 – Robin Williams Is Dead: Depressed Hollywood Actor Died Of Suicide By Asphyxiation Due To Helium Inhalation In California

Comic Hollywood actor Robin Williams has passed on. The popular comedian died today at the age of 63 several months after battling depression that left him hopeless.

According to Marin County Police officials, a call came from Robin’s residence around 11:55 am this morning that a man has been found with no vital signs.

He was pronounced dead around 12pm and identified as Robin McLaurin Williams at 12:02pm.

According to his spokesperson, Robin Williams battled chronic depression for a while before he finally took his own life on Monday when he couldn’t cope with life anymore at the age of 63.

The incident happened at his mansion in Tiburon California. A Coroner this afternoon said the actor died of suspected suicide by asphyxiation.

Here is an official press statement from Police on Robin Williams death:

On August 11, 2014, at approximately 11:55 a.m, Marin County Communications received a 9-1-1 telephone call reporting a male adult had been located unconscious and not breathing inside his residence in unincorporated Tiburon, CA. The Sheriff’s Office, as well as the Tiburon Fire Department and Southern Marin Fire Protection District were dispatched to the incident with emergency personnel arriving on scene at 12:00 pm. The male subject, pronounced deceased at 12:02 pm has been identified as Robin McLaurin Williams, a 63-year-old resident of unincorporated Tiburon, CA.” Continue..

An investigation into the cause, manner, and circumstances of the death is currently underway by the Investigations and Coroner Division s of the Sheriff’s Office. Preliminary information developed during the investigation indicates Mr. Williams was last seen alive at his residence, where he resides with his wife, at approximately 10:00 pm on August 10, 2014. Mr. Williams was located this morning shortly before the 9-1-1 call was placed to Marin County Communications. At this time, the Sheriff’s Office Coroner Division suspects the death to be a suicide due to asphyxia, but a comprehensive investigation must be completed before a final determination is made. A forensic examination is currently scheduled for August 12, 2014 with subsequent toxicology testing to be conducted.

His widow, Susan Schneider who spoke few minutes after her husband’s lifeless body was discovered in their home said:

“This morning, I lost my husband and my best friend, while the world lost one of its most beloved artists and beautiful human beings. I am utterly heartbroken. On behalf of Robin’s family, we are asking for privacy during our time of profound grief. As he is remembered, it is our hope the focus will not be on Robin’s death, but on the countless moments of joy and laughter he gave to millions.”

The depressed actor apparently used a suicide bag filled with inert gas like Nitrogen or Helium which prevents panic, suffocation and struggling during unconsciousness (the hypercapnic alarm response) usually caused by the deprivation of oxygen in the presence of carbon dioxide.

It is painless and is usually used by people battling terminal illness that can’t be cured. In most cases, it is used for assisted suicide.

Indeed money can never guarantee happiness. May God console his family and forgive him his sins. He’s such a talented man.

The world has indeed lost an icon.