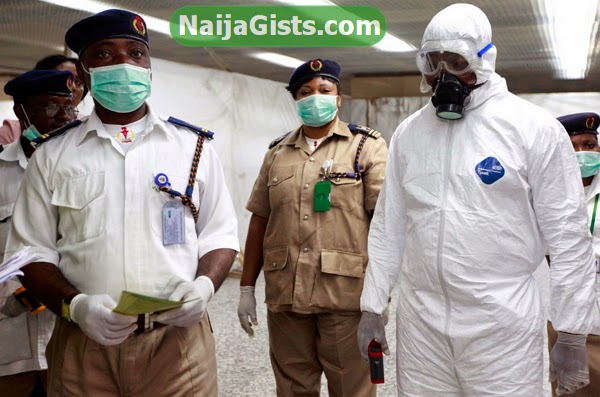 22 days after the death of a Liberian-American health official who came to Lagos for a conference, 10 cases of infection have been reported in Nigeria.

This was made known during a news conference today by Health Minister, Prof Onyebuchi Chukwu.

He said 177 people are currently under surveillance and are being regularly checked to see if they have contracted the virus.

During a press conference on Monday, the minister recalled how Liberian-American Financial Consultant Patrick Sawyer, who was under surveillance in Liberia for a suspected case of Ebola Virus Disease (EVD), evaded the authorities in Monrovia and tragically boarded a plane to Lagos Nigeria to spread the deadly disease on Nigerian soil.

“His intention was to connect to Calabar in Nigeria to attend a two-day retreat organized by the ECOWAS Commission, and later travel to the US via Atlanta Georgia to celebrate his daughter’s birthday,” Chukwu said.

“However, because of the protocols initiated in all our ports since the EVD outbreak in the three countries of the sub region since March this year, Mr Sawyer was flagged at the point of disembarkation in Lagos. He was then accordingly quarantined and transferred to a hospital in Lagos, straight from the airport, for further actions.”

He said that of the initial 70 under both surveillance and isolation for suspected contact with Sawyer, 9 of them developed symptoms of Ebola and were confirmed to have EVD by the same laboratory at LUTH.

Sadly, one of them, a newly married nurse has died. She passed away last Wednesday the 6th of August 2014 in Lagos.