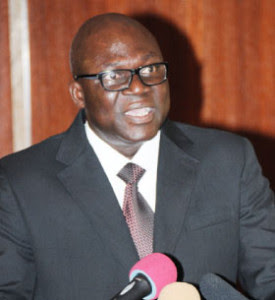 The outspoken professional who recently wrote an apostle blaming Evil spirits from Aso Rock on Economic recession was picked up around 3:40pm today.

A source at the anti-graft agency claimed that he allegedly collected over 100 million naira from National Security Adviser, Dasuki. He is expected to pass the night in the agency’s custody.

Some Nigerians on the social media have started poking fun at Abati for getting in trouble days after he exposed witches and wizards operating in Aso Rock.