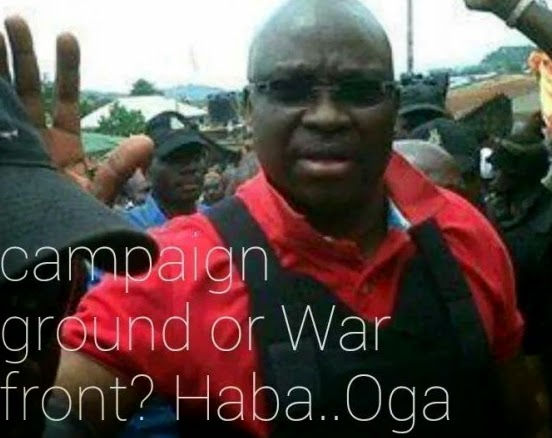 EFCC has confirmed that the corruption case against the Governor-elect of Ekiti state, Ayodele Fayose is still ongoing.

He said the case will come up for hearing on the 15th of July 2014. He added that the immunity clause in the Constitution only applies to the President, VP, governors and deputies and not to governors-elect.

“The EFCC has not dropped the case against the former Governor of Ekiti State, Mr. Ayodele Fayose.

“The trial is still going on; it is continuing at the Federal High Court, Ado-Ekiti. In fact further hearing comes up on July 15, 2014.

“As you know, immunity from prosecution applies only to the President, the Vice President, sitting governors and their deputies.”

He further said the agency has called 2 witnesses to testify against Fayose on the trial date.