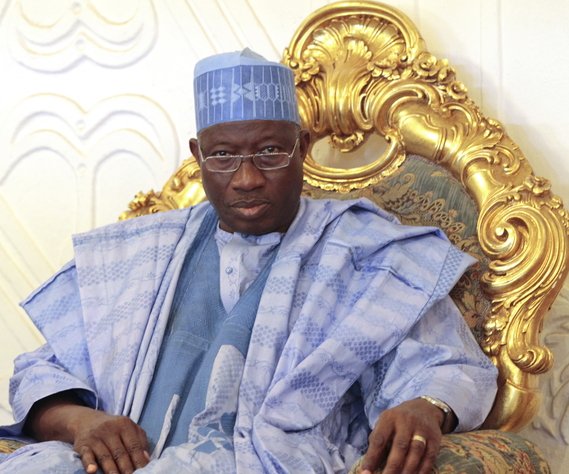 CSNAC (The Civil Society Network against Corruption) has dragged the immediate past President Goodluck Ebele Jonathan to the EFCC over the illegal movement of N67.2 billion from CBN under his administration.

REQUEST FOR THE INVESTIGATION OF THE CIRCUMSTANCES SURROUNDING THE MOVEMENT OF N67.2 BILLION FROM THE CBN UNDER THE FORMER PRESIDENT GOODLUCK JONATHAN ADMINISTRATION FOR “SPECIAL SERVICES”

Civil Society Network against Corruption (CSNAC) is a coalition of over hundred and fifty Anti-corruption organizations whose primary aim is to constructively combat corruption vigorously and to ensure the effective monitoring of the various Anti-graft agencies in the fight against corruption and contribute towards the enthronement of transparency, accountability, probity and total commitment in the fight to eradicate corruption in Nigeria.

In its publication of the 19th day of September, 2015, the PremiumTimes, an online newspaper reported that the former President Goodluck Jonathan authorised the withdrawal of a whopping N67.2billion in cash money from the Central Bank of Nigeria between November 2014 and February 2015 for what was called ‘special services’ in the build up to the 2015 general elections. Insiders at CBN said the huge cash were carted away in bullion vans.

The report further stated that one of the withdrawals was made through a memo which originated from the office of the former National Security Adviser, Sambo Dasuki, while the second was generated by the National Petroleum Investment Management Services, NAPIMS, a subsidiary of the Nigerian National Petroleum Corporation in charge of the Federal Government’s investment in the petroleum industry.

Furthermore, according to the report, ‘The first memo dated November, 2014 contained a request for the withdrawal of $47 million cash out of N10billion earmarked for release for an unbudgeted ‘special services’. In the memo with reference number NSA/366/S and titled:’Request for Funds for Special Services’, an official from Mr Dasuki’s office had drawn the CBN’s governor’s attention to a previous discussion and requested the release of the said funds by the bank’. The balance from the N10billion, the memo directed, was to be paid out in Euro, while a certain Director of Finance and Administration with the name S. A. Salisu, was authorised to sign and receive the haul of US Dollars and Euro in cash, on behalf of the NSA’s office. It remains unknown for what purpose the ‘special services’ fund was utilized.

Also, the second memo raised by NAPIMS and dated February 25, 2015 conveyed an instruction to the Director Banking and System Payment Department of the CBN to urgently pay in cash, the sum of $289,202,382 (N52.7 billion) to the National Intelligence Agency (NIA). ‘Upon receipt of this mandate, please pay urgently the under listed beneficiary the cash amount indicated. Please debit CBN/JVCC Foreign Account No. 000000011658360 with the JP Morgan Chase New York and advise (sic) as soon as the payment is made’. The payment instruction in favour of the NIA was signed by one Okonkwo Godwin, General Manager, Finance, NAPIMS, with staff no 18526 on February 25, 2015. However, sources claimed the funds were taken away at night with bullion vans under heavy security cover. When contacted, according to Premiumtimes, “the CBN’s Director, Corporate Communications, Ibrahim Muazu declined comments as well as former spokespersons of the former president. However, a senior official of the bank on the condition of anonymity confirmed the report. He said ‘My brother, the report is true. Every detail is on point but since they claimed the withdrawal was for security services, anything could have been referred to as such. Nobody knows”

These huge withdrawals violate the Money Laundering (Prohibition) Act 2011 which was signed by Mr. Jonathan. According to Part 1, Section 1 of the law,

Section 16(d) of the Act says anyone who makes or accepts cash payments exceeding the amount authorised under this Act shall upon conviction be liable to a forfeiture of 25% of the excess above the limits placed in section 1 of the Act.

From the foregoing this is another case of high profile corruption and money laundering that deserves a thorough investigation to identify the key players and circumstances surrounding the movements of such huge sums of money. One would wonder how a president who signed an important Act such as the Money Laundering Act into law will now be responsible for flouting the same enactment, whether personally or through his stooges. This is a brazen disregard for the rule of law and due process that should be prosecuted appropriately to serve as deterrent.

In the light of this, CSNAC is therefore by this petition demanding that a swift and thorough investigation be launched into the allegations as contained above, in order to recover the nation’s dwindling resources in the hands of unscrupulous elements and the deserved punishments meted out where necessary.

Thank you in anticipation of your cooperation.