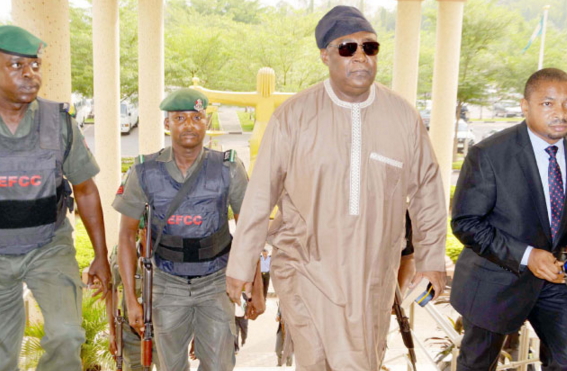 The EFCC told a Federal High Court Thursday that it will tendered the $1 million its agents allegedly recovered from the Abuja home of former Chief of Defence Staff (CDS), Alex Badeh.

Badeh was arraigned before the court on March 7 with a firm, Iyalikam Nigeria Limited, on a 10-count charge of breach of trust and corruption.

Although Badeh’s lawyer, Samuel Zibri (SAN) denied that money was recovered from his client’s house, Jacobs insisted that he will produce the money as exhibit before the court next week when trial commences.

“About N5b is involved in this case. We even saw part of the money in the house to make matters worse. We will bring the $1m dollars here as exhibit,” Jacobs said while opposing bail to Badeh.

Justice Okon Abang however granted bail to Badeh at N2billion, with two sureties at N1b each.